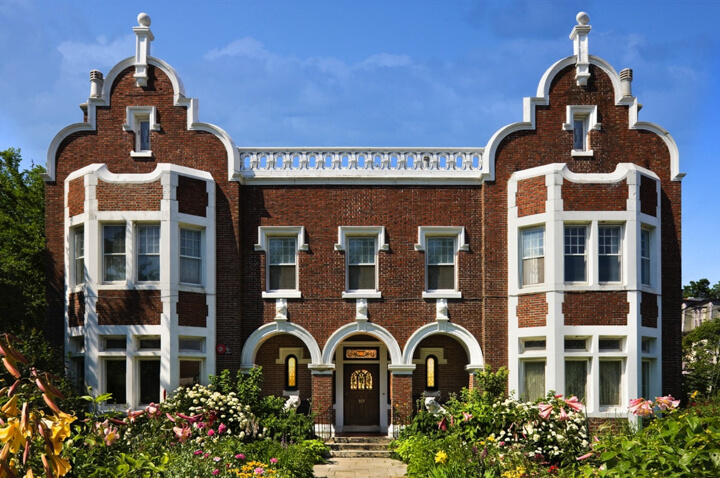 This interview with Windle Davis was conducted at 317 Allen St in Hudson, NY as part of the OHSS 2012.  Windle Davis was born in Syracuse New York, and came to Hudson in 2000.  He has been a musician in a popular early 80’s indie band and has restored, renovated and saved 7 buildings in Boston, Key West, Vermont, Provincetown and now Hudson. Currently, with his partner Dini Lamot, he owns and runs the successful bed and breakfast ‘The Inn at Hudson’.

Some of the subjects discussed in this interview are: Windle’s partner Dini Lamot: they have been together for 38 years and recently married; Windle’s interest in old houses/architecture;  his Childhood home: parents,  neighborhood friends and games; Human Sexual Response:  the indie rock band they were in from 1980 – 1982.  Living in Provincetown in the 1990’s: the AIDS epidemic and the support provided via the Province Town Aids Support Group.  Moving to Hudson in 2000; opening the Children’s Puppet Theatre/Hudson River Theatre.  Having a liquor license and running a Saturday night disco.  Windle’s sense of community in Hudson, the fight against the cement plant that was proposed to be built, Hudson is the first place he was called a faggot;  the night a group of thugs menaced the disco & police reaction & follow up;  trading their restored building for the ruin of a house which became ‘The Inn at Hudson’; the Furgary Boatclub;  changes in Hudson;  tourism in Hudson;  zoning in Hudson;  the need for a hotel in Hudson;  the Hudson waterfront;  how being gay is almost a non-issue in Hudson (after being called a faggot early in his Hudson life) and the other people Windle thinks should be interviewed for this project.

Miriam Johnson is an artist, writer, photographer, filmmaker and fashion designer who divides her time between Tasmania and the USA.