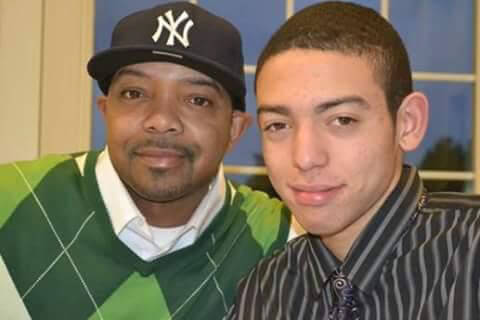 This interview was conducted with Vern Cross at the Solaris Building in Hudson, NY on June 15th, 2015. Cross was born and raised in what he described as old-school Hudson; a time when black people were not welcome above 3rd street. He talks about his Childhood on Columbia street, his mother and grandmother, biking to Catskill for summer school, the Boys’ Club and basketball. He left Hudson for 12 years, five of which he spent in Birmingham, Alabama. Upon his return, Cross recalled regular discussions held in a local barbershop in which black men from the city would talk about their problems. This would evolve into the Barbershop Talks, an ongoing radio show hosted by Cross and a friend, in which race and community issues are discussed. He is also part of a group called Pops, which provides a space for black fathers to support one another and learn how to be present in their children's lives, especially in the instance of divorce. Cross also talks about police racial profiling, the declining role of the Boys Club in Hudson’s black communi-ty, and his discomfort with the Pride Parade being held during Father’s Day.

This interview may be of interest to people who want to hear about race and racism in Hudson, ra-dio shows as a way to strengthen a sense of community, basketball and competitive sports in Hud-son, fatherhood and single fathers, and the roles of the Boys’ Club and the Staley B. Keith Social Justice Center in Hudson’s black community.

I was born in 1990 and raised in the Hudson Valley, and have lived in Southern Venezuela since 2008. I returned this summer to do Oral History Summer School and was interested to hear about a familiar place from different perspectives. My background is mostly in journalism and activism, and look forward to exploring how Oral History can be used to document a people, a place, or a time through many peoples’ eyes.