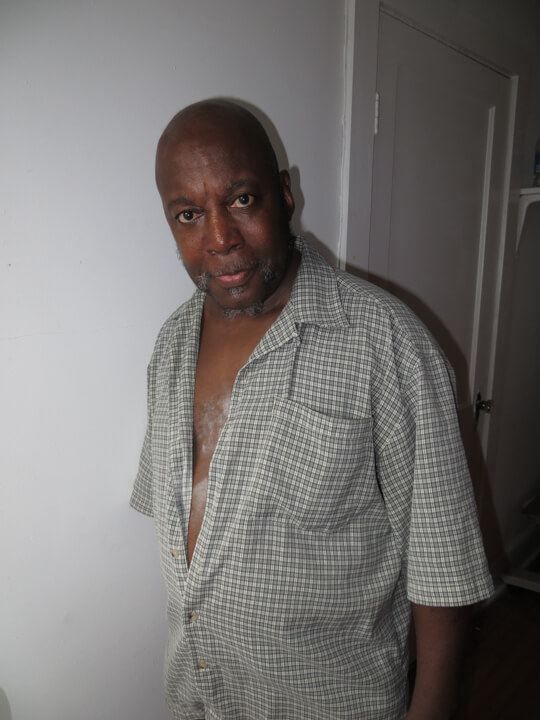 Philip Grant is the morning host for radio station WGXC in Hudson, New York. This interview was conducted on July 18, 2012, at the WGXC office. Mr. Grant grew up on Long Island, spent much of his life in New York City, and came to this area during the time of his retirement from the U.S. postal service. In this interview, Mr. Grant discusses his lifelong love of music, his philosophy of nonviolence, two Childhood experiences of racial discrimination, his time in the Army during the war in Vietnam, reflections on the Civil Rights and antiwar movements, his dream of becoming a radio deejay upon his return, the business he ran before working in management at the postal service, his family, and his morning radio show on WGXC. This interview may be of interest to those studying radio deejays, nonviolence and Christianity, veterans, Vietnam Veterans Against the War, and African-American political thought

Philip Grant on nonviolent activism: “It’s still confrontational—you’re being very confrontational. You’re simply not being violent, OK? So, if a person tells you you can’t use that water fountain, and you look at the person, go and use it, and the person grabs you and throws you on the ground, and you get up and you dust yourself off and walk out, you’ve done more damage to that person than you did if you’d fought him. And in my later years in the service, I learned that. All of my life, I had been running away from bullies, and I realized that if I confronted a bully with love, they were lost. And I practiced that throughout my life.”

Suzy Subways is a writer and editor, and when she’s not at her part-time job as a medical copy editor, she is working on Prison Health News, which is a national newsletter for people in prison, and an oral history project about an activist group she was part of in the 1990s, the Student Liberation Action Movement (SLAM!). The SLAM! Herstory Project is online at http://slamherstory.wordpress.com/, and her goal for the project is to do many more interviews and edit them into a book.