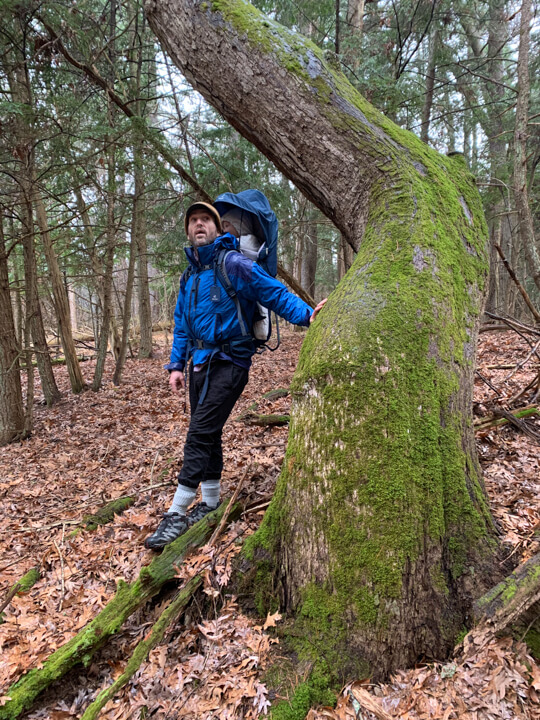 This interview with Nick Zachos was conducted on June 30, 2016 in the narrator’s home on Union Street in Hudson, NY. Nick Zachos grew up as a single child in Old Chatham with his mother and later in Saratoga Springs with his father. Zachos spoke about his love of outdoor activities, including rock climbing, biking, and backpacking. He traveled overseas as well as in the United States. After studying sculpture and glassblowing in college, Zachos discovered he enjoyed working with his hands, particularly in crafting with natural materials, such as glass, wood, and bamboo. As he traveled he picked up a wide variety of jobs, from carpentry, home repair and building, contracting for national parks in the southwest. Zachos also studied and apprenticed boatbuilding in Maine. After learning that his mother’s health was declining due to Alzheimer’s disease, Zachos returned to Old Chatham, eventually settling in the northeast to be closer to her.

Once Zachos settled in the town of Hudson, he became increasingly involved in boatbuilding for the Hudson Sloop Club and decided to take on fewer contracting jobs in order to work on the Sloop Club full time. The Sloop Club, as a non-profit organization, serves the Hudson and surrounding community through boatbuilding and boating programs in local schools and afterschool programs. In the interview Zachos conveyed how the Sloop Club activities reach beyond the art of boatbuilding itself to activities and lessons in awareness of waterways, swimming, fishing, boat navigation and safety, community building, history of the Hudson River, and ecology, to name a few.

This interview would be of interest to woodworkers, contractors, people interested in Sloop Club communities, particularly along the Hudson River.

Tomie Hahn is an ethnomusicologist and dance scholar interested in issues concerning the senses and transmission of embodied cultural knowledge. She lives in Ghent, NY.