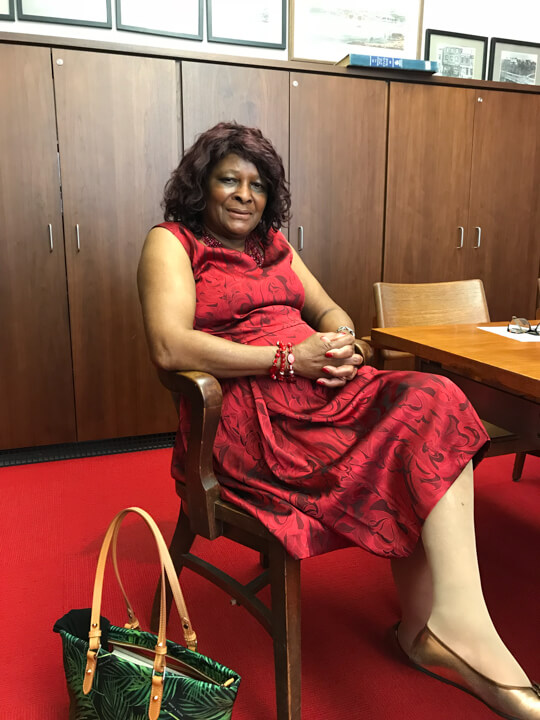 This interview with Mary Shivers was conducted on June 21, 2018 in the History Room of the Hudson Pubic Library in Hudson, New York. Mary Shivers works in the children’s section of the Hudson PublicLibrary as an AmeriCorps member, which is a national service program that fosters civic engagement in communities. She moved to Columbia county in 1982 from New York City when her husband found employment in Columbia country. She discusses her experiences as a young family moving from New York City to Columbia County.  Mary raised her young family and talked about how she faced racial prejudice living in Columbia county as well as the aids epi-demic in the 1980’s.  She also reflected upon early experiences in school and how she pursed higher education later in life as well as employment she found after her husband passed away.  Af-ter the official interview ended, Mary started to describe her civic engagement experiences as an AmeriCorps member.

Karen L Lew Biney-Amissah is a New York City based educator who has worked in informal learning environments for the last 20 years, a budding public historian, and researcher with an interest in revealing hidden histories. She is interested in leveraging people’s connection to place and their personal narratives to foster imagination, inquiry, and critical thinking.