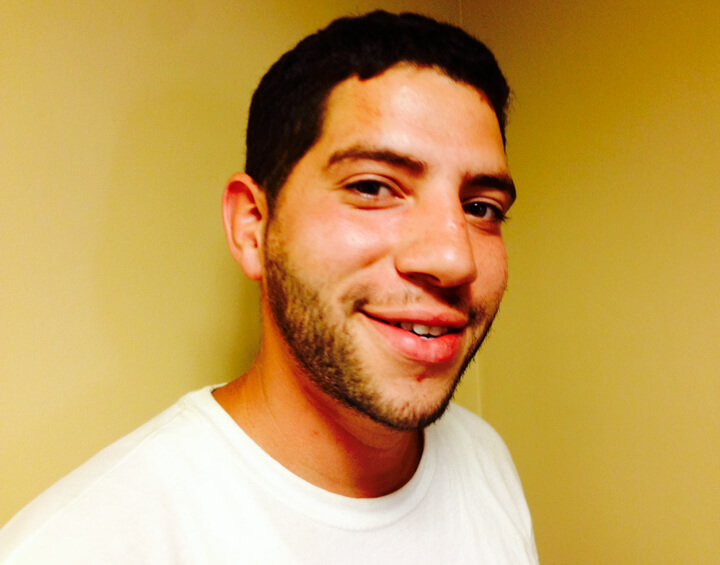 This interview was conducted with Jonah Jose Surita on Thursday, June 18, 2014 at the Hudson Public Library. Jonah, age 25, is a Puerto Rican landscaper who does carpentry work on the side.

Born in New Jersey, he moved to Hudson as a young child and was raised with his mother, stepfather and three older siblings. He is proud that he has a steady job that pays $17 an hour and a girlfriend of five years. He reminisces about growing up in Hudson as a student, owner of a bike shop at age 12, and peer mediator in middle school. He describes himself as a "really good kid" until his teenage years. At 14 he was placed in a foster home and then went to live with his birth father in Florida, who he barely knew. Then his life "started going down" and it was hard to "bring it back." Jonah dropped out of school and became a juvenile delinquent and a father at age 18. He bounced around between New York City, Florida, the Bronx, and a Harlem group center among other places, but always back to Hudson.

Jonah describes many details of how Hudson has changed since he was a child. He remembers before the "antique people" that there was an IGA, hat shops, and clothing stores. He tells a story about getting in an accident with friends while driving downhill on Mount Merino. He also describes the humiliating experience of being arrested and shackled at the Hudson police department.

At the end of his interview, Jonah talks about how he hopes "that my good outweighs my bad. I hope young people learn from my experience or find me someone they can relate to. I hope to give this town and the surrounding towns...a better reason to enjoy upstate... to want to come here."

Aliza Becker, formerly a non-profit manager, is a research fellow at the Hannah Arendt Center for Politics and the Humanities at Bard College.