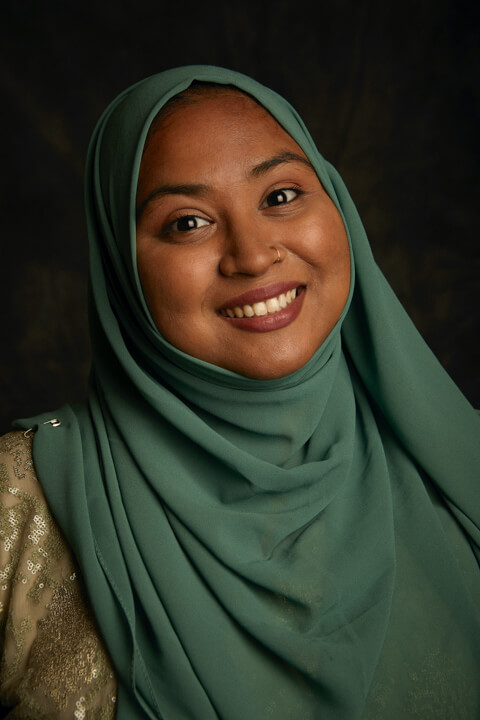 This interview with Jabin Ahmed was conducted in Hudson, NY on June 7, 2013, as part of the Oral History Summer School.

In this interview Jabin talks about the immigration of her parents from Bangladesh to New York City, and their struggles to find work and feed their young children. She talks about her family's relocation to Hudson in search of work in the mid 1990's, and the growth of the Bengali community in Hudson since this time. She discusses how the sacrifices of her parents inspire her, and how her relationship with them is in the process of shifting from one of being cared for, to caring for them.

She mentions about how she's had a strong sense of curiosity since Childhood, and how this curiosity continues through a desire to understand, explore and know more. She also discusses the freedom and new experiences she's had at college in Troy, where she is a Arts and Therapy Major.

She also talks about Bengali culture,  and the compromises she makes in balancing her Bengali and American roots. She also talks about her plans to one day open a Hookah Shop, where she can share her art work and provide a space that shares the true meaning of Islam.

This interview may be of interest to people who would like to learn more about the growth of the Bengali population in Hudson since the mid 1990's; the experience of a second generation Bengali women in the United States; some of the beliefs and practices of Islam; and the discrimination experienced by a Muslim women following the September 11 attacks.

Emma de Campo has a background in community radio, audio storytelling and environmental education. She is from an Anglo-Italian background, and identifies as a lesbian, feminist atheist. Emma lives and works in Melbourne, Australia and has an interest in how oral history and radio storytelling can intersect.