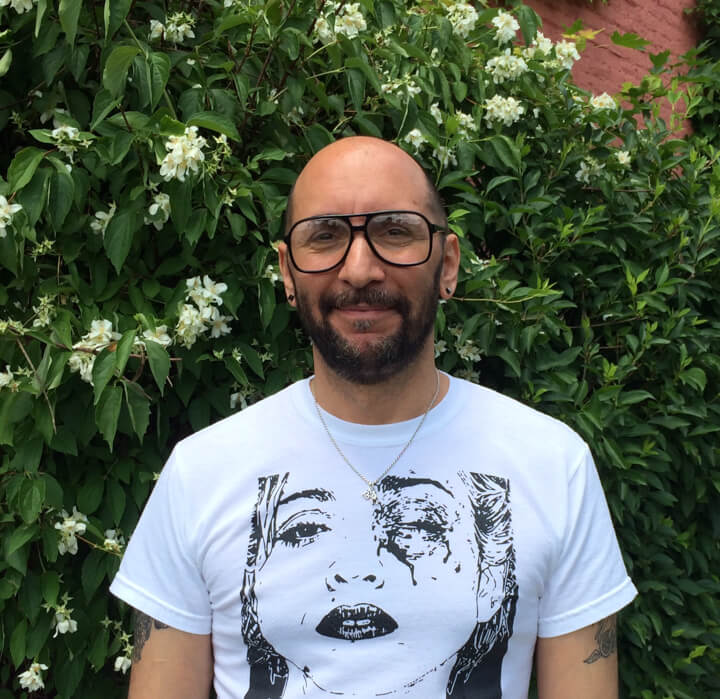 The interview with Giovanni Dimola was recorded in the early evening on 6/14/2014 at his home on Warren Street in Hudson, NY.  He spoke freely about his early Childhood in Queens, NY with his Italian-American family and all its joys and hardships.  Visits to Italy were a highlight where he bonded with his large extended family.  Early schooling was complicated with a language barrier and eventual bullying as the result of being gay, but becoming a part of a small group of friends in high school who shared similar interests in music, fashion and art allowed him to feel acceptance.  His later life ‘over the bridge’ in Manhattan as a college student was where he discovered his passion for photography and fashion.  There he became involved in the vibrant club scene of the 1980s and 90s. He was a successful photographer and had a large social community.

Giovanni moved to Hudson in 2004 after having visited with family and friends over the years.  He feels he moved out of NY ‘just in time’, as the club and drug scenes were getting dangerous. In Hudson he encountered a close-knit community of former New Yorkers, a band of ‘misfits’ of sorts.  Over the years he has worked as a landscaper, photographer, DJ and at local retail stores.  His original group of friends has mostly dispersed to other parts of the country.  Once an outsider to the area he is now an insider who cares very much about the community of Hudson and the people here he loves.  He worries about the rising costs of housing and eventually being unable to afford to stay in town.