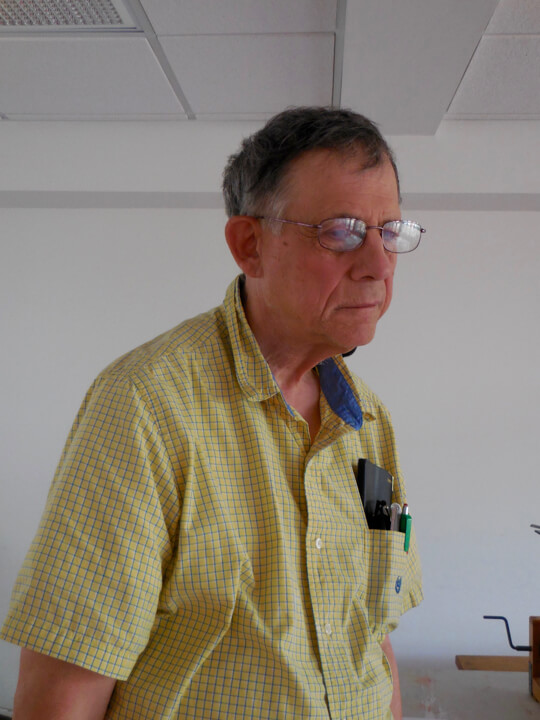 Bill Rosecan is a 73 year-old resident at Camphill Hudson, in Hudson, New York.  This recording is Bill’s third individual interview for the Hudson Area Oral History Archive. In this oral history, Bill talks about his love for Camphill mixed ability communities, Hudson, and fire trucks. Bill outlines his Monday daily schedule, discusses his friendship with Pete Seeger and his experiences with Clearwater, a community organization founded by Pete Seeger focused on raising awareness about pollution in the Hudson River.  Bill describes taking trips on the Clearwater, the sloop run by the Clearwater organization, to places as distant as Long Island Sound and Albany.

In the second half of the interview, Bill talks about his early life, his parents breakup, the experience of moving between his parents’ homes with his brother Bert and his sister, and later about his experience moving between residential schools, schools for the handicapped, and foster families. Bill briefly describes Childhood memories of exploring the museum of Science and Industry in Chicago with his sister and his family's camera store in Chicago, now run by Bill’s cousin, which Bill describes as the oldest camera store in the Nation.

This interview may be of interest to those who want to learn about Camphill communities through the eyes of community participants; The Clearwater Organization and Pete Seeger; mixed ability narratives; Waldorf Schools; Chicago and St. Louis in the 1940-1950s.

Annelise Finney is a recent graduate from the Urban Studies Program at Barnard College and is currently working as criminal defense investigator in the Bronx, NY. Annelise’s studies focus on communal trauma and the way in which communities process and remember crime. While in college, Annelise lived in Managua, Nicaragua and Santiago de Chile studying the dynamic ways in which the citizens of each city memorialized state violence and interacted with the remaining monuments to the governmental regimes that perpetrated that violence. Annelise’s academic work in Latin America in combination with her work today, has seeded an interest in truth and reconciliation processes and the powerful role oral histories can play in helping individuals understand others’ pain and motivations.