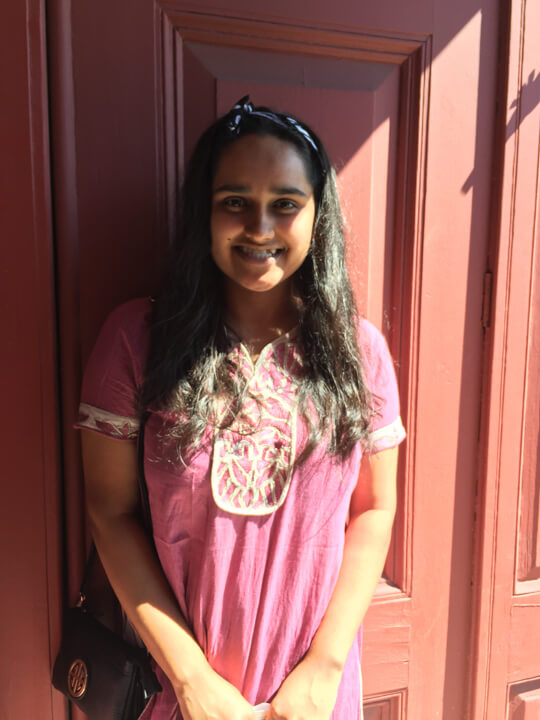 This interview was conducted with Atiya Begh in the History Room of the Hudson Library in Hudson, NY on Thursday, June 30, 2016. Atiya is 19 years old and a student at Clark University in Massachussets and a Bengali-American. She was born in Bangladesh and moved to Hudson, NY, as a child and now lives with her parents and brother. She tells stories of her memories of Bangladesh, including waiting for her strict father at the dining table and her attempts to make money with a Bangladeshi version of a lemonade stand. Atiya also describes her life in Hudson-including her immigrant parents' histories and sacrifices; their struggles with language; the consequences of the economic recession of 2008 on the family; the impact of American culture on the family; family dynamics, and the changes wrought by her parents work on their family life. She also talks about her brother and his encounter with Islamaphobia at Hudson High School and recounts her disappointment and shock  at what she percieves as racism at Hudson High School. She reflects on the Hudson community's perception and reception (both positive and negative)  of her and other Muslim-Americans families. The psychological and social consequences of Islamaphobia, as well as the larger ramifications of immigration are discussed.

Hudson High School is a topic that recurs within this narrative. Atiya considers the challenges at Hudson High for teachers and students and the economic and social stresses on lower income students. Atiya speaks, not only about her role in student councils and the community, but also sports and Hudson's pride in the winning team. Her mother plays an important role in her life and she talks about her relationship with her mother, her mother's job and temperment, and her hopes for her mother's future. She speaks about the Bengali-American attitude toward education, her growing independence and her future. She also talks about her brother in the larger context of feminism, racism and teaching boys respect and sensitivity.

This interview would be of interest to those curious about young Bengali-Americans and their parents in Hudson, their every day life, the effects of the 2008 recession on immigrant families, as well as Hudson High School, the relationship of Hudson High School and Hudson town to immigrants in general, and Muslim-Americans in  particular, relations between different communities in Hudson, and the success (and shortcomings) of Bengali-Americans in the community.

Meera Nair is a Queens based writer, educator and communications professional. She has published three books and her work has appeared in various newspapers, journals and anthologies. She teaches creative writing at NYU and Brooklyn College. She is also the Communications Manager for India Home, a community based organization serving seniors of South Asian origin in Queens. She is excited to use Oral History for community engagement and to further her own artistic interests.