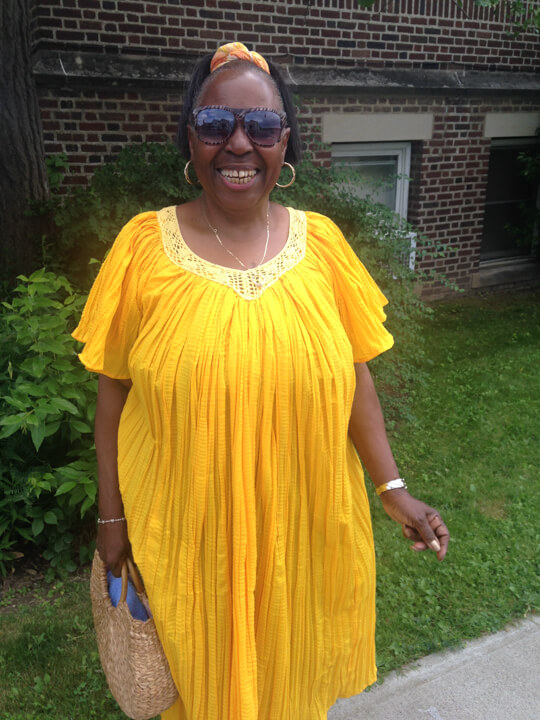 This interview with Adele Armour was conducted on July 1st, 2017 in Hudson, New York at the Library. Adele has been a resident of Hudson since 1949. She describes the steep decline in the job market describing how Warren Street used to be lined with family owned businesses. She reflects fondly on her many Childhood activities that no longer exist: fireman’s day, public movies in the street, six or seven playgrounds, “Chinese” jump rope, jacks, double-dutch, hop-scotch, block parties, playing baseball and football behind the mushroom factory. She discusses her experiences being the granddaughter of Reverend James Allen who was the pastor of Shiloh Baptist Church. She speaks about the many roles she has held at church: Sunday school teacher, superintendent, usher, choir member, culinary. She attributes her church and church family to her survival through struggles with addiction to cocaine. She comments on her visionary gifts, that she can see things that other people can’t see, and how this scares people. She describes the line dividing Hudson “below third” along racial lines and talks about the absence of the DPW in her neighborhood. She specifically refers to an accessibility ramp needed in Promenade Park since 1995. She speaks about being repeatedly targeted by the police for being a black woman and goes on to speak about Black people more broadly; their accomplishments and intellect that have not been credited. She describes her community now as the young people with whom she has a reputation and mentorship role. She briefly describes her work as a substitute teacher.

This interview may be of interest to those studying the Black middle class; experiences of Childhood in the 50s; nostalgia; Black Baptist churches ; premonitions; institutional racism in city government and allocation of funds; historical segregation in small towns; double-consciousness;  police targeting; and mentorship of youth.

Emma is a performer, audio archivist, and aspiring historian based in Queens. She works as the Oral History Assistant for the Jerome Robbins Dance Division at the New York Public Library of the Performing Arts. She is a member of the Metropolitan Council on Housing and the Ridgewood Tenants Union through which she works to educate NYC tenants about their rights. Emma holds a BA in American Studies and Landscape History from Smith College.