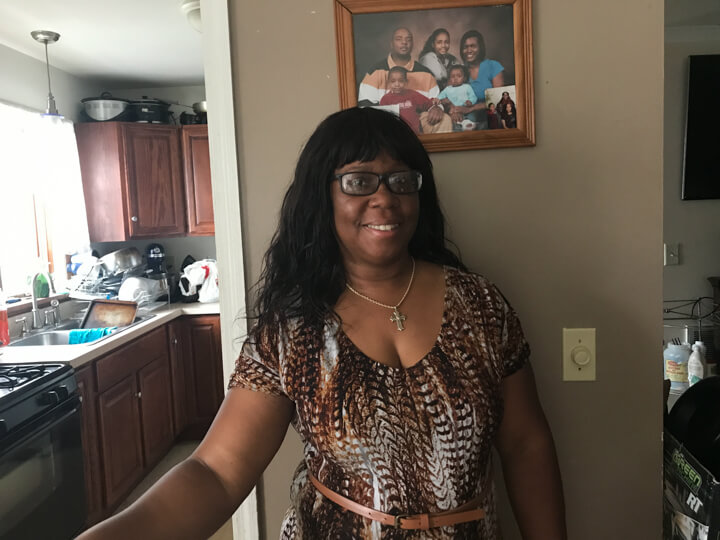 Willette Jones was born in the state of Florida and moved to Hudson, N.Y. at the age of two when her family came for seasonal work in the local mills. In this oral history, conducted in her sister-in-law’s house on Mill St. in Hudson, Willette discusses the ways in which family and community have shaped her current sense of responsibility towards the future of the city. She speaks of her mother’s firm open door policy, which included a rule about always inviting someone back for dinner and required a young Willette to prepare four-course meals in the service of others. Willette also delves into the ways an abusive sexual relationship and a young pregnancy shaped her sense of self-worth well into her adulthood, and how her recent work as parent liaison for the Hudson School District has helped her establish confidence and a role in the community. Reflecting on new migration patterns and economic shifts in Hudson, Willette hopes a place remains for her in the city so that she might continue to plant seeds for positive change. In the year of a local election, she seeks to follow in the footsteps of her father, Edward Cross, by running for the position of Supervisor in Hudson’s newly rezoned 2nd Ward.

This interview would be of interest to those curious about life and industry in the Hudson Valley region during the 20th and 21st centuries; the names and locations of specific businesses in Hudson, N.Y.; population dynamics in the city of Hudson in 2017; economic changes in the Hudson Valley during the 2000’s due to the revival of small town nostalgia and real estate developments in New York City; the effects of gentrification on long term residents of cities in upstate N.Y.; causes and effects of the early 2000’s Hudson Valley real estate boom, specifically effects on housing options for long-term residents; the state of jobs in small N.Y. towns experiencing sudden and seasonal shifts in population during the second decade of the 2000’s; the state of small town politics in the first year of a Donald J. Trump presidency; race and class politics in Hudson; the daily life of working class black families in Columbia County, N.Y; motherhood, sexual abuse and religion in rural working class black communities; the Community School Grant Initiative in the Hudson school district; Hudson city zoning changes implemented by Proposition 1 passed in the Columbia County November 2016 elections; Bliss Towers Urban Renewal-era public housing high-rise;  the 2017 political race for Hudson’s 2nd Ward Supervisor; family of local political figure Edward Cross.

Samantha Gloffke is an owner and manager of The Applestone Meat Co., which aims to increase accessibility and affordability of ethically raised meat in the Hudson Valley region of New York. She is a volunteer board member of The Restorative Center in Newburgh, N.Y., which works to create alternatives to the criminal justice system. Her interests include painting, self-publishing, oral history and inspired community gathering.