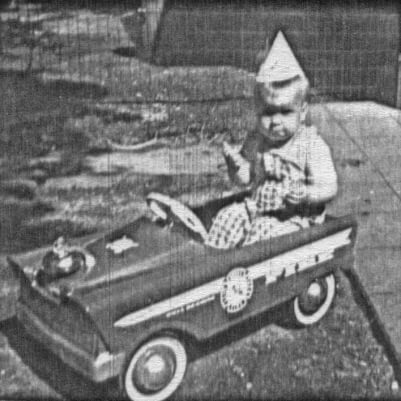 This interview with Timothy O’Connor was conducted on July 1, 2016 at Timothy’s home in Hudson. Timothy discusses his involvement in ecology in Hudson, including the formation of his beliefs and worldviews about ecology, his philosophical and spiritual influences ranging across continental philosophy, poetry, encounters with nature and art, and thoughts and beliefs about political participation and the political process in Hudson and New York, related to ecological issues and beyond. Timothy meditates, in particular, on the role of birding (pejoratively, he notes, referred to as “birdwatching”) in his life, on the similarities and differences between theory and experience, and on his work and experiences counting least bitterns (a small heron) for an ecological survey in the bays of the Hudson River near the town and of Hudson. Timothy also talks about the influence of his employer, Hudson-based poet John Ashbery; and formative time spent near Locust Valley in Long Island working with the state botanist. Timothy also spends time discussing the philosophical roots of both his ecological conservation ethos, and his politics, which he describes as conservative — in keeping with traditions. He also speaks to controversies and ongoing political debate surrounding the combined sewer system in Hudson; his occasional feelings of alienation as as someone holding this worldview in Hudson, and hopes and visions for the political process in Hudson in the future.

This interview may be of interest to those seeking information about the formation of ecological worldviews, the influence of continental philosophy and Jungian theory, the ecological and environmental history and present of Hudson, the political life of Hudson, Burkean political conservatism and life as a conservationism/conservative in Hudson, and experiences of and in the natural world in conversation with philosophical and psychoanalytic thought.

Jess Lamar Reece Holler is a folklorist and oral historian from Columbus, Ohio. Her oral history and applied folklore work has focused on issues at the intersection of personal health, environmental health and justice, and food access and food justice. She has been particularly interested in documenting stories about how people come to connect questions of food, health, and environment in their own lives and through grassroots organizing; and in experiences of home, place, displacement, and place-related trauma, memory and healing. In Summer 2016 — the time this interview was conducted — Jess is working on an oral history project with the Eastwick community in Southwestern Philadelphia around environmental justice, displacement and the multiple attachments of home; and a statewide project documenting the rise of organic and ecological food system in her native Ohio. Incidentally to this interview, she has an undergraduate background in continental philosophy, which she has thoroughly disavowed, though she still — unfortunately — does remember who Heidegger was.

Jeff Nagle, an environmental history graduate student at the University of Pennsylvania and a Maryland native, was the recordist and witness for this interview, and helped to arrange it.