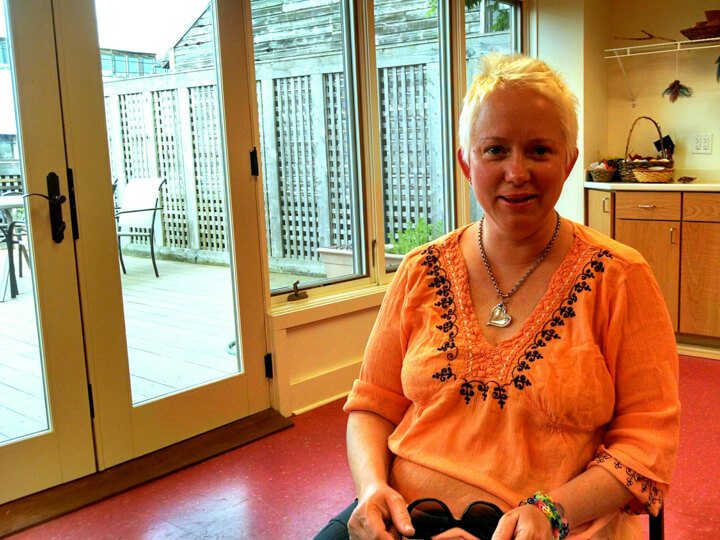 This interview with Tiffany Martin Hamilton was recorded on Monday, 16 June, 2014 at Solaris, in Hudson, New York. Tiffany was raised in Hudson, left for twenty years, and returned with spouse and young daughter. They now have another daughter. She works for a technology company, and works at home on Warren Street. She is on the boards of Hudson Pride and the Hudson City School District. In the audio file making up the interview, some of the topics she discusses include: what it was like to grow up in Hudson; what it was like to return to Hudson after a long absence; “old Hudson versus new Hudson”; what she likes about Hudson, and what she’d change; what her family does on a typical day; Friends of Hudson and the fight against the proposed cement plant; the local school district; Hudson Pride; the community of Hudson and her hopes for the city’s future.

This interview might benefit people interested in: the changes in the City of Hudson and in its residents, roughly over the decades from the 1970s through the 2010s; the political climate during the 2010s; a day-in-the-life account of a Hudson resident in the mid-2010s; social change and activism in the early part of the 21st century in Hudson; an account of growing up, leaving and returning to Hudson.

Kieran Cannistra is a storyteller and content strategist at IBM, working with the IBM Design group. She has also designed digital education solutions and worked in fundraising. She has a B.A. in English from Yale University, and a Ed.M. in educational technology from the Harvard Graduate School of Education. She is interested in experimenting with storytelling, acting, improv and other performance techniques in the workplace, to engage employees, and with using many different interview styles, techniques and models to capture stories. Kieran grew up in Woodstock, New York, and now lives in Portland, Oregon, with her husband and five children. She hopes one day to sleep through the night.