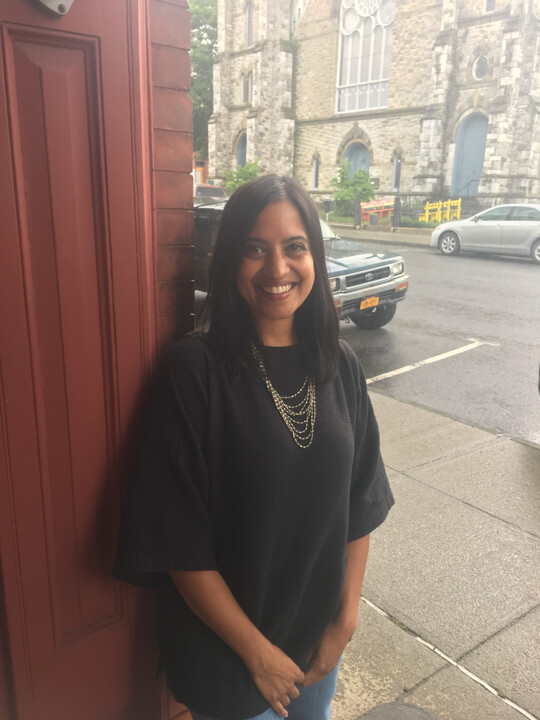 This interview with Tanu Kumar was conducted on Wednesday, June 27, 2018 in Hudson, NY. Tanu is a mother, urban planner, local area resident and a fellow student in OHSS 2018. In this interview she discusses her motivations for attending OHSS, the work that she had to do to organize her time—she has three children—in order to be able to attend, what it felt like to create that space for learning several years after completing graduate school. She also talks about working mothers, peer feedback from women in a corporate work environment about what was and wasn’t possible for women in her field, her own mother (a working physician), and her goals for herself as a parent. She also talks about how she and her husband have negotiated Judaism in their relationship and the ways that religious and cultural identities, hopes and expectations shaped their relationship, decision to marry and discussions about having children. Tanu, who describes herself as Indian and Hindu, describes her son’s bris, the significance of his name, the significance of her father—and her—surname, which was changed during her father’s schooling in India.

Emily Bass is a writer, native New Yorker, parent and advocate focused on social, structural and biological drivers of and interventions in ongoing HIV/AIDS and other public health epidemics.