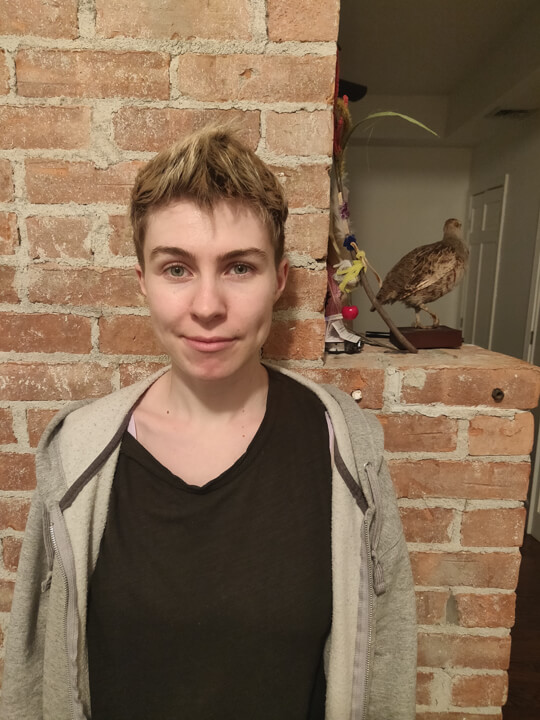 This interview with Taia Handlin was recorded at 442 East Allen St. in Hudson, NY. From Portland, Oregon, Taia Handlin is a 27-year old graduate student at the New School in New York City. In the interview, she discusses her relationship with her current boyfriend. She reflects on being herself around him, learning how to say what she wants and to mean it and her need for alone time and having that satisfied through her relationship. She discusses Genderqueer, quasi-butch fem and online dating. She looks back on her past relationships with older men and being subsumed by her partners’ identities. She reflects on an unpleasant relationship in New York and about finding herself in her current healthy relationship. She describes going to a suburban school, being on a debate team and not feeling like herself growing up and finding herself at Whitman College, where she studied Gender and Sexuality and then falling into journalism. She reflects on the classes she took in middle school and high school and being separated from her friends. She talks about #Metoo related issues and explores the ways she has found independence.

This is interview would be of interest to anyone looking into 21st century relationships, internet dating, female identity, sexual harassment and the experience of going to a suburban school.

Nicole Galpern is a video producer and language documentarian based in Ridgewood, New York. She has documented endangered languages throughout New York City and in the Pamir region of Tajikistan. She is interested in her neighborhood, the public’s transition to the internet and what people regard as “wasted time.”