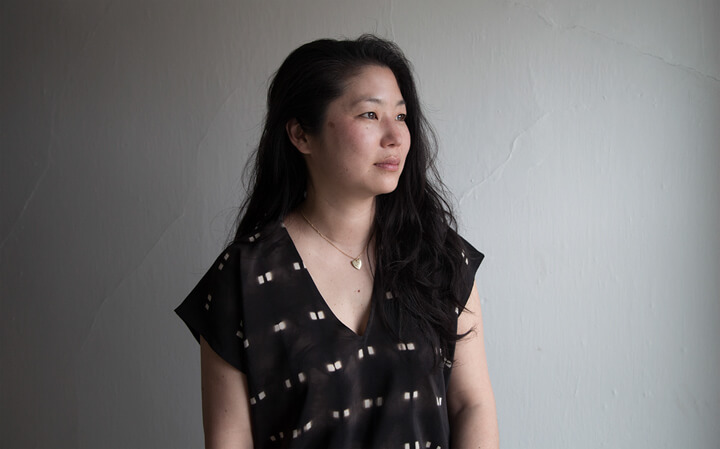 This interview with Stella Yoon was conducted on June 13, 2019 in Hudson, NY. Stella grew up in Southern California and moved to New York City to go to school at the School of Visual Arts. She discusses her first day visit to Hudson and how by the end of the day she decided she was moving there. She was visiting Hudson to attend a biodynamic class at Hawthorne Valley Farm. Shortly after moving to Hudson she started organizing with a group of women makers. They organized a makers/craft fair on the waterfront in Hudson. The fair was called the Hudson River Exchange. They expected to get 30 participants and it ended up being hugely popular with 80 participants. She spoke of the fair as successful as an opportunity for the makers to meet each other and for the shopkeepers to be introduced to the wealth of skill and talent in the community. The fair eventually turned into a shop on Warren Street called “The Hudson River Exchange”. She describes how the shop is set up as a shared space where makers are invited to participate in the process, from sitting in the shop to creating social media and events. Stella speaks about her love of fresh produce and cooking. She moved to Hudson shortly after the farm to table movement began. She speaks about how living in the Hudson Valley is the first time she is able to get fresh local Korean produce from a farm. Stella ends the interview by discussing her participation in the Good Work Institute Fellowship program.

This interview may be of interest to those who want to learn about the local food movement, building community, women’s maker movement, Hudson River Exchange, Good Work Institute.