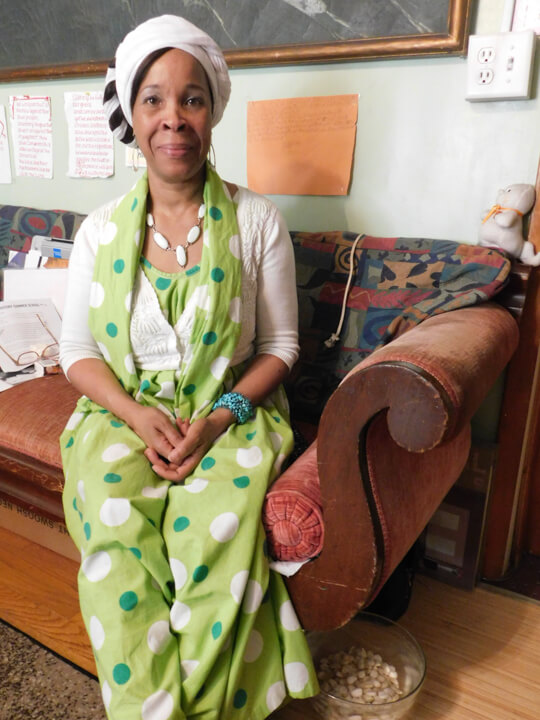 Sonia McKenzie was born in Jamaica and grew up going back and forth between London, England. Sonia speaks about being a child in Jamaica attending Catholic school and being punished for using her left hand to see in the Spirit, consequently blocking her gift. She speaks about being from a sugar cane family, her grandfather coming from Germany and buying a plantation on which she worked, being raised partially by her aunt, and her family not understanding her unique ability to know.  She explains how she learned to sew by making dresses from grain bags and making a lot of money from it. She describes a series of painful and violent experiences which resulted in becoming pregnant with her son at age 18 and moving to Coxsackie after marrying an American navy seal who suffered from PTSD.  The miracle that was her pregnancy with her daughter after illness and the health conditions that followed the birth and learning to heal herself with the Spirit. She describes her husband’s alcoholism and domestic abuse, trying to do counseling, and then ending up in a homeless shelter in Columbia County. She briefly mentions her daughter’s struggles with drug addiction. She speaks about being frightened and amazed of the healing she does now, transforming people from sick to healthy. She speaks about her relationship to people in Hudson, feeling respected and understood by the white population and not being understood by the black population.  She is grateful for her customers and suggests she owes her life to them. She ends by speaking to her love of the greatness of God.