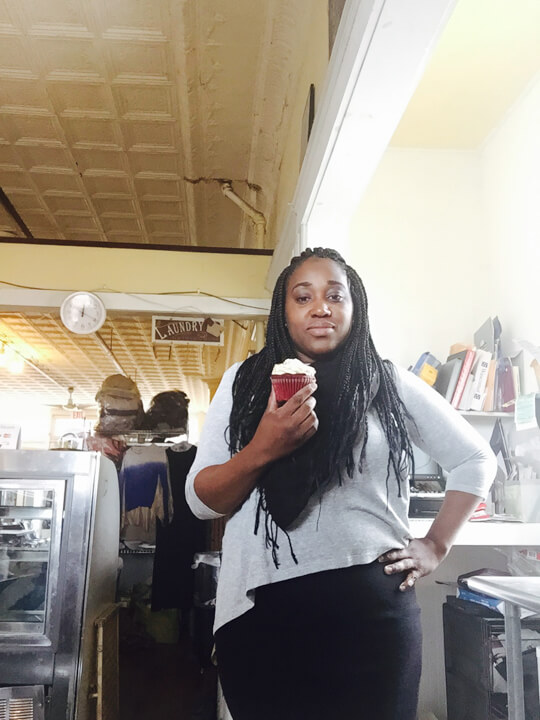 This interview was conducted with Selha Graham Cora, the current owner of Sip n Suds Laundry Mat on 453 State Street in Hudson. Originally born in Kingston, Jamaica, Selha moved to Brooklyn, New York when she was three years old. In 1994, when Selha was in 10th grade, her family moved to Hudson, NY. In 1995 her mother opened a wig and hair salon on 7th Street. In 2001, her mother moved the family-run shop to Warren Street, which consisted of a clothing store, hair, beauty and barbershop. When that closed, her family opened a similar, yet expanded shop in Catskill, followed by a Jamaican restaurant in Hudson. In 2008 Selha Graham Cora became the owner of Sip n Suds Laundry Mat on State Street in Hudson. In this interview, Selha discusses the various family-run businesses, their hard working ethic, and how the city of Hudson has changed over the last twenty years. She also discusses the current dynamics of the laundry mat and the diverse communities it serves. Selha talks about her Muslim faith, the Hudson City School District, and home schooling.

This interview may be of interest to those curious to learn more about the following topics: Kingston, Jamaica and Jamaican culture and food, Wig and Barbershops in Hudson, Sip n Suds, family-run businesses in Hudson, Gentrification, communities in Hudson, Bliss Towers, Muslim Faith, Hudson City School District and Home Schooling.

Melinda Braathen is a recent resident of Hudson, NY. She graduated from Bard College in 2007 and worked in the arts and art publishing for three and a half years in Berlin, Germany and Oslo, Norway. She currently works at Time & Space Limited in Hudson and co-hosts the Monday Afternoon Show with Sara Kendall on WGXC Community Radio. The show, which usually consists of interviews and live music, focuses on people, politics, and cultural events.