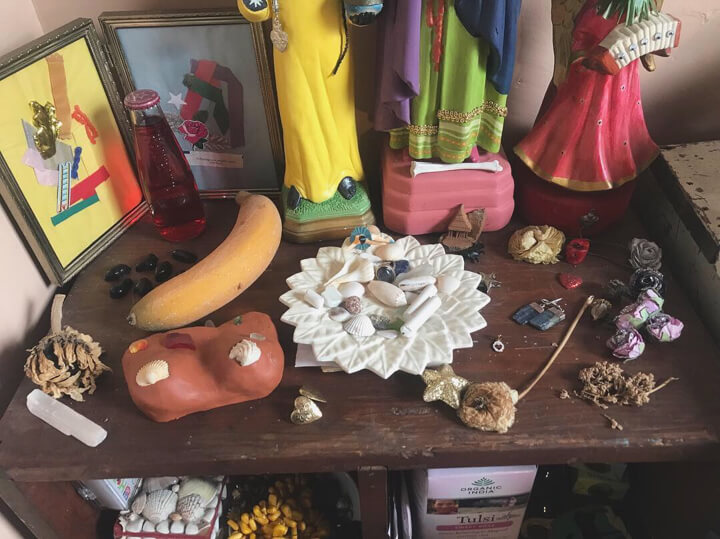 The interview was conducted with Samantha Gloffke at Solaris at 360 Warren Street in Hudson, NY, on Friday, June 14, 2019. Samantha was born in Queens, NY, in 1987. She moved with her family to Newburgh, NY, when she was 10 years’ old. Samantha recounts memories of her extended family in Queens, the impact of food and cooking within her family, and her experience after moving to Newburgh. She describes herself as shy. She talked about her return to New York City to attend the Fashion Institute of Technology (FIT); her distaste for the campus and the city, generally; and her distaste for the design program, which was focused heavily on commercial pursuits. She noted a pivotal moment in her time at FIT, when an instructor suggested that perhaps she was not meant to pursue this field of study. She explained her decision to leave FIT and return to the Newburgh area, where she held a number of jobs, one of which lead her to her current job with the Applestone Meat Company. She spoke about meeting her now husband, as well as about her experience in attending the Oral History Summer School. A theme throughout this interview is Samantha’s desire and commitment to learn, grow, and contribute through her work.

This interview would be of interest to those who want to learn about the impressions of a school-aged person moving from a densely urban and multicultural area (Queens) to a small Upstate municipality; being a teenager in the 1990s; attending FIT; being someone who learns better through experience rather than through formal education; and growing up in Upstate New York.

Nicolette (Nicki) is an information manager who helps organizations establish practices to increase transparency, preserve institutional memory, and contribute to historical scholarship and public discourse. Currently, Nicki is the director of records, archives, and knowledge management at the Ford Foundation in New York City. Nicki is passionate about minimizing barriers to sharing and finding information and to analyzing information to reveal new insights. Her current interests include tools and approaches to data visualization and digital curation, as well as specific techniques for text encoding and analysis. She holds a B.A in Economics from Canisius College and an M.L.S. from the State University of New York at Buffalo.