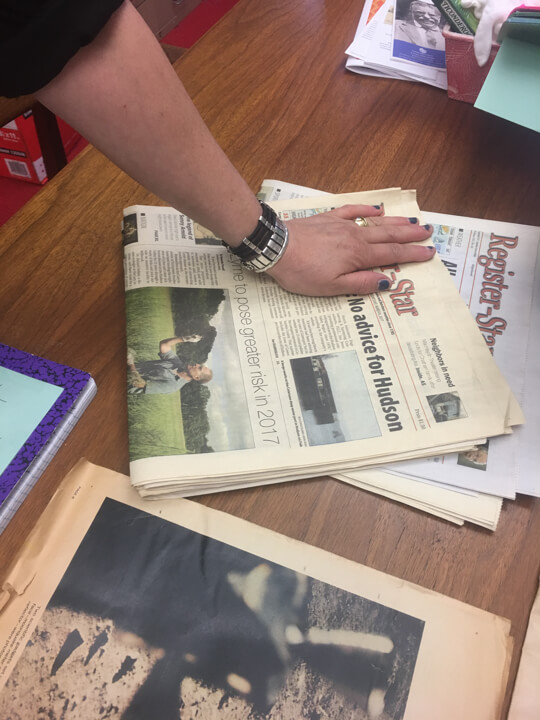 This interview with Sage Carter was conducted on Sunday, June 24, 2018 in Hudson, NY. Sage is an artist, community organizer, school board member, parent and worker at Hudson Hall (the former Hudson Opera House) who had lived in Hudson for roughly a decade at the time of the interview. In the interview, she discusses a range of civic issues including the successful citizen-led effort to revise the ways that Hudson city council votes are weighted—the historic approach had been assigning weight to individual council members’ votes according to the population—as well as a parent-led effort to change the local school’s approach to outside playtime during the winter and selection of videos for student viewing. She talks about gun control and gun violence, a recent fatal shooting of a 19-year old, the sometimes-personal and angry nature of community comments in social media and public forums, life in what she characterizes as a “small town” and how an individual becomes a leader in her community.