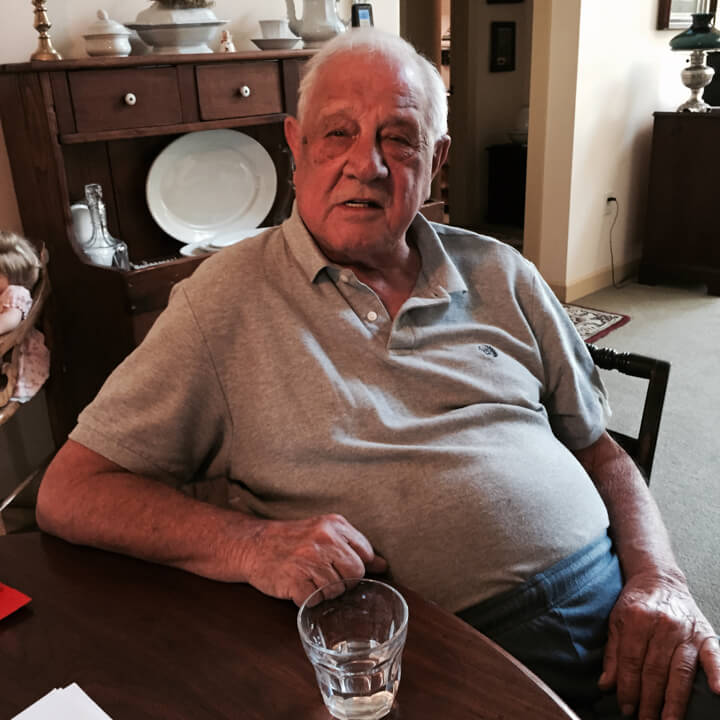 This interview was conducted with Rudy Perini at Camphill Ghent in Hudson, NY on July 1st 2015.

Rudy explains origin of his name and the history behind it. He discusses his experience as the family genealogist and what he discovered about his grandfather’s and father’s histories. His grandfather migrated from Italy to New Jersey. He talks about the tragic death of his grandparents, and the life his father had growing up in New York after that. Rudy also discusses his role as a technical man in the Korean War, his experience working at a steam ship company, his career as an engineer, and his love of flying and family. He and his wife Joan also reminisce about how they met on the commuter train to New Jersey. The day of the interview was their three year anniversary of moving to Camphill Ghent.

This interview might be of interest to people who want to hear more about a person’s discovery and connection to his family history, Italian communities, New Jersey, varying work experiences as an engineer, and flying as a hobby.

Originally from Los Angeles, media has been a big part of my life but I felt the need to break away from the conventional main stream media influence. I left to go to Tufts University and studied psychology and media studies. After graduating, I ran a program for documentary filmmaking for teens at the public access station in Cambridge, MA. From that experience I found the intersection between mental health and narrative to be fascinating, and became interested in the documentary arts as a way of healing. I am currently a doctoral student at Yeshiva University in Clinical Psychology hoping to dip my feet into various forms of storytelling and understand the dynamic power of it.