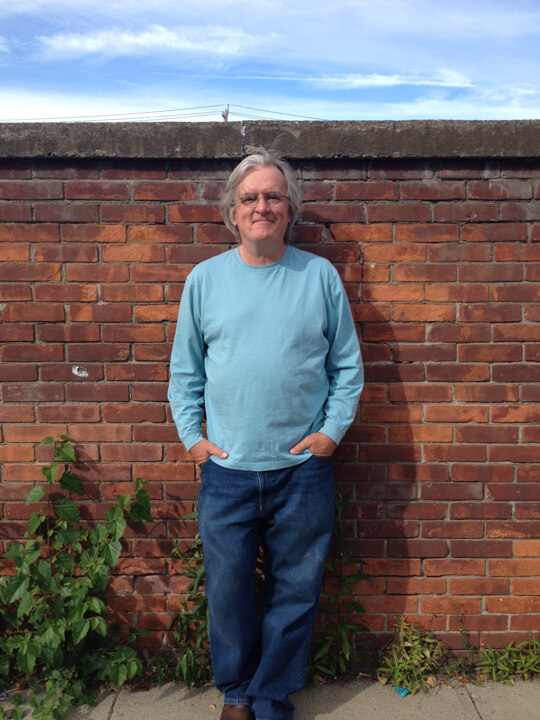 This interview was conducted with Roy Ford on June 19th, 2014 in Hudson, New York. Roy is sixty-one years old and was born in Philadelphia to an Irish Catholic family. His father worked for the railroad. He has also lived in Virginia; Berkeley, California; Indianapolis; England; Belfast, Northern Ireland and Bergen, Norway. He has lived in Hudson for six years and works at Solaris, Camphill.

At his Catholic high school, Roy had an influential teacher named John Brown who opened his eyes to new ways of thinking, and introduced him to Buddhism and the Beat movement. He went to nursing school and worked at hospitals. Roy developed in interest in psychodrama as a therapeutic practice and went on to attend various schools and programs focusing on sociometry, anthroposophy, and alternative education and therapy, such as the Neropa Institute, Emerson College in England, and Camphill Villages. He considers himself a psychodramatist, nurse and teacher, and conducts Playback Theater.

He moved to Norway for a short time with his wife, Elizabeth. They returned to New York to be near her daughter and son-in-law and their grandchildren who are six and three years old. Roy talks about Hudson’s issues with gentrification, segregation of different communities, lack of access to food.

Jenny Goldberg is currently working as an archivist for a photographer. Previously, she worked as a book editor at Aperture Foundation, a photography organization. She volunteers at the Innocence Project, a legal group devoted to exonerating wrongfully convicted prisoners. She has a BA in Documentary Studies from the College of Santa Fe.