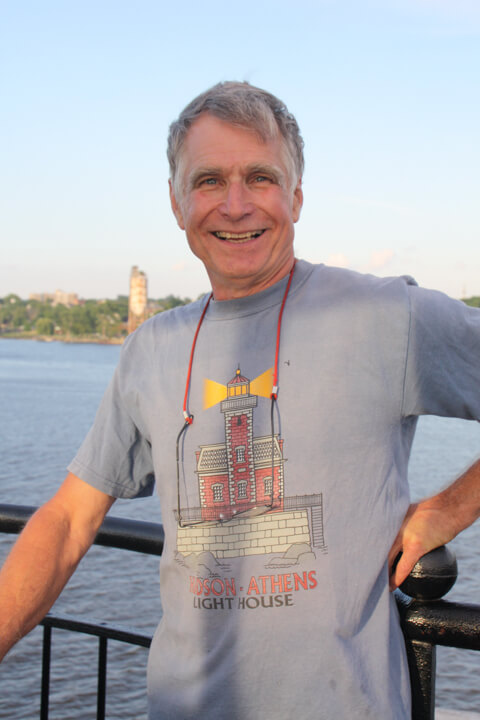 This oral history interview with Bob Ihlenburg was conducted on June 17, 2015, at the Solaris Building on 360 Warren Street in Hudson, NY.  Bob was born in 1960 in Taconic, Columbia County, on a dairy farm. His father soon gave up the farm and began working for a road construction company. His mother was Protestant, and his father Catholic, which was an ongoing source of conflict within his family. After college Bob became a surveyor and eventually had his own company, which he still runs. The topics Bob discussed during his interview were his upbringing, raising his family in Gallatin, sports in school, his time as an Exchange student in Finland, his education, his love for and his experience with nature, his job and the lack of jobs in this area, his involvement in farming, rowing, canoeing and kayaking on the Hudson River, the reemergence of wildlife in and around Hudson, urban renewal and changes he has seen in and around Hudson, and his engagement in volunteer projects, such as his involvement in the preservation of the Hudson-Athens lighthouse, the River Keeper Project, Habitat for Humanity, as well as service projects in Niger and South Sudan.

Britta was born in Germany in 1966 and has lived in the US for the past 20 years. She currently lives near Boston, MA. Britta is involved with a number of non profit organizations and is preparing to launch a life history project in her town. Her interest in attending the OHSS is to learn about interview techniques and good listening practices. This is her first visit to Hudson.