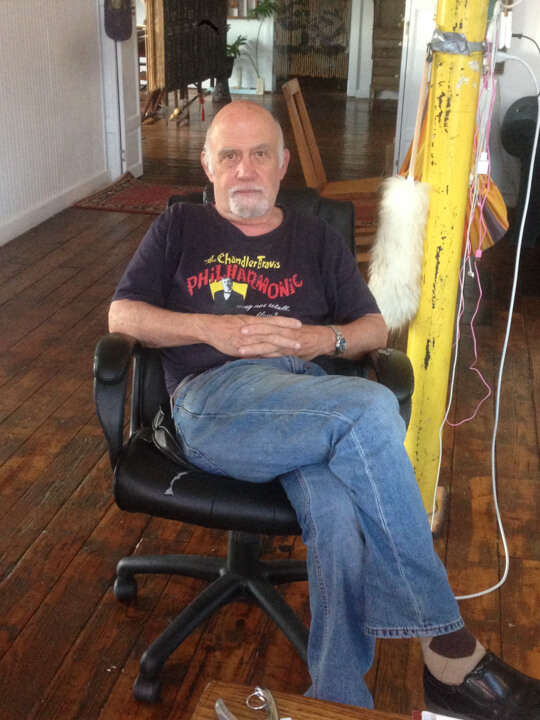 Robert Caldwell is originally from Westchester County. He left when he was 16 or 17 and has travelled or lived in St. Croix, Ireland, California, Illinois, Colorado, Texas, Berkshire County, Vietnam, China, Thailand. His father passed away when he was 12 years old, about 20 days after JFK was shot and this devastated him. When asked how he got into music, without pause, he said The Beatles. He shares early memories of music, including The Beatles, purchasing his first guitar, toying with band names and playing in bands throughout high school. Robert knows how to build a dulcimer, a guitar-like instrument that lies flat and has three strings. He moved to Columbia County in 1976, the year Jimmy Carter was elected. He discusses being a carpenter and leading a building project in Austerlitz, NY. It was during that time that he decided to open a music store in Chatham. He opened the store in Chatham in 1997 and moved it to Hudson 10 years ago. His hope for the shop is community and social music. For about a year, he held “Shy Night”, an open mic for those who were shy about playing music in public. In the interview, Robert also shares stories about his two kids, Trevor and Chloe. Trevor teaches and lives in Williamsburg. Chloe is a published writer, teaches in Manhattan and lives in Hudson. Having been in Columbia County for 30 years, he provides insight on the history and changing dynamics of the community. He also reflects on youth, gentrification and technology.

Nancy Ma is a Los Angeles based actress and writer. She grew up in New York City and graduated from Williams College with a BA in religion and international studies. She is developing a multi-lingual one woman show that explores cross-cultural communication, identity formation and the meaning of home.