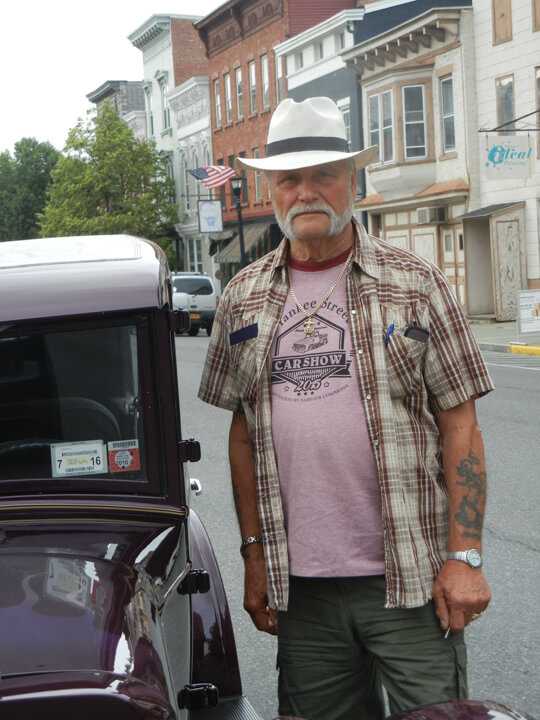 This interview was conducted with Richard “Ozzy” Osborn at Solaris in Hudson.  Ozzy was born in 1937 in Binghamton, NY, grew up on a farm, spent four years in the Navy where he became a machinist, got married and had three children, and worked as the mechanic for the City of Hudson and caretaker of the Reservoir for 40 years.   Some of the topics discussed in this interview include farm life and rationing during World War II, life in the Navy, working as a mechanic, caring for the water supply, industrial decline in Hudson, building the ship and the whale for Hudson parades, deer hunting, gun safety, old cars, family life and marriage, and the social scene at Debbie’s Restaurant.

This interview might be of interest to people who want to hear about changes in Hudson and the broader society from the mid-twentieth century to the present, issues of education and success, the work ethic in a society of declining opportunity, life as a Hudson city employee, and perspectives on a 44 year marriage.

I teach History and American Studies at Marlboro College in Marlboro, Vermont.  I am interested in oral history as a way to deepen and expand the historical record, highlight the relationship between individual experiences and broader social contexts, and introduce students to the work of deep listening and engaged learning.