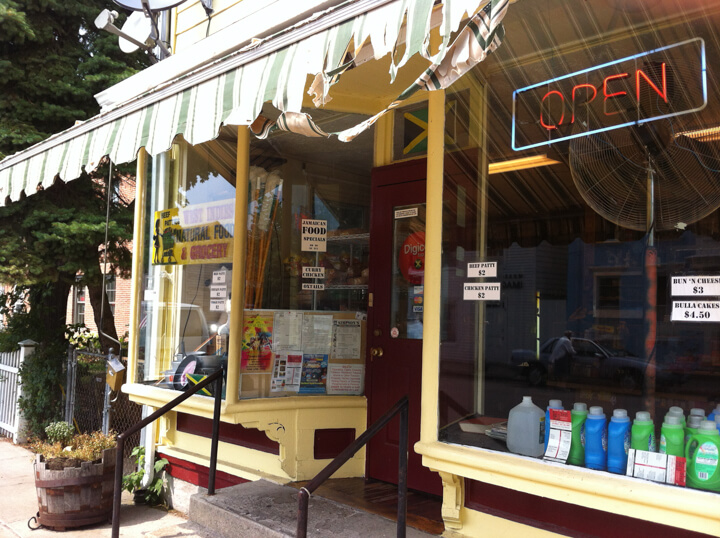 This oral history interview with Paulette Clarke was conducted in Hudson, NY on 23 July 2012 for the Oral History Summer School 2012 project. Paulette Clarke is the 60-year-old owner of a West Indian food store located on Warren Street below Third Avenue. She begins her interview by introducing herself and talking about her children. She then discusses her early life in Jamaica, her immigration to Miami in December 1984, her move to Hudson in April 1985, and some of the jobs she has had. She compares life in the United States to Jamaica, pointing out differences in medicine, food, culture, and work. She also goes into depth on her experience as a store owner in Hudson, including the difficulties of running a business, the role of her shop as a social space for the West Indian community, and her relationship with her customers. She describes her shop as offering social aid to poor residents of Hudson who lack housing and jobs. She also talks about the challenges of raising children in Hudson. She then talks about her involvement with Shiloh Baptist Church, including its importance as an institution for social aid, and her belief in God. She finishes by discussing changes in Hudson and their connection to sexuality, race, and class.

I was born in 1976. I teach history at Dawson College in Montreal, Canada. I am interested in oral history because I see it as a way to expand the historical archive to include voices that are often left unheard. I also think that putting audio files on record is very important, as I see the human voice as an important conduit of information that cannot be captured in writing. My interests in this summer school project were originally to develop pedagogical materials for my history courses at Dawson to better engage my students. In learning more about Hudson, I realized that building an archive of its residents’ voices would enable future historians to hear from a wider diversity of people in order to see the complexities of a place, hearing about some of the ways different people lived in an era where homogenization might appear to be the dominant mode of life.