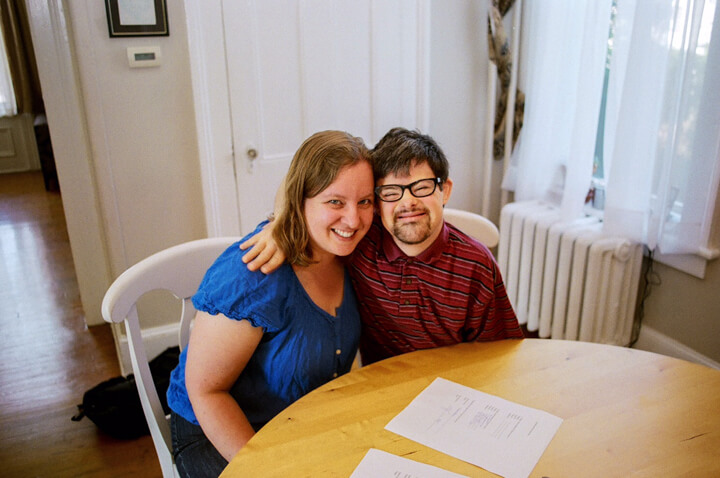 New York native Nicholas Natanson has been with Camphill since 2005, starting at Soltane in Glenmoore, PA. It was there that he and Sara Borchert first lived together, doing so for a year. In October of 2014 the two moved into their home on Union Street in Hudson along with Sara's partner. Nicholas enjoys Camphill for the camaraderie amongst his friends and certain activities. He describes cooking and cleaning in detail, some of which he and Sara do together both at home and Camphill Solaris. Movies and concerts are special areas of social interest and a chance to spend time with other Camphill friends. Nicholas is a Beatles fan and when asked which was his favorite, he decidedly answered, "Paul."

A native of New York City, Guy Greenberg graduated the New School for Public Engagement Spring of 2015. As a BA student, he spent time studying anthropology, clinical psychology, and methods for documentation. He's been a principle in building www.UnitedStatesofAIDS.com, a student-led digital humanities project invested in making the oral history narratives of AIDS activists accessible and heard using existing archives. His ongoing ritual of photographing New York and the personal project of recording his family's oral histories have brought him to the Oral History Summer School and this important archive of the Hudson Valley.