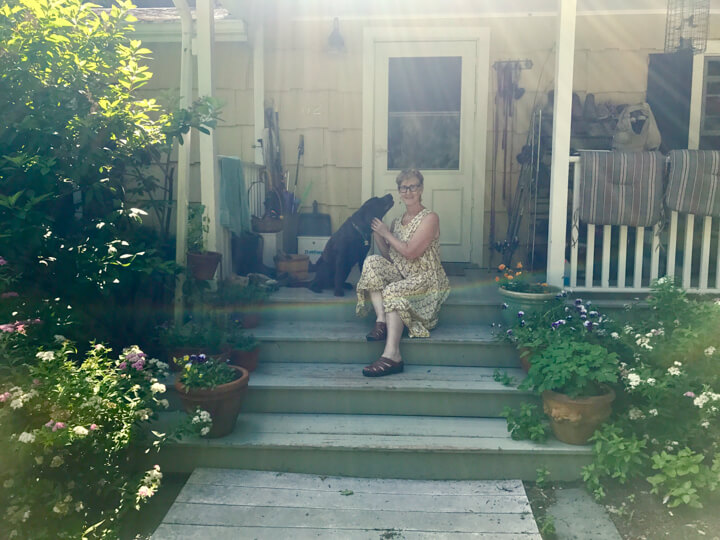 Nancey Rosensweig is a dancer and midwife living just outside of Hudson in Catskill, N.Y. Born in Pennsylvania, Nancey spent summers in the Berkshires, traveled extensively for college and pursued a dance career in New York City before settling in the Hudson Valley region of New York with her children and second husband. In this interview, which takes place in her personal studio at her home on Snake Road, Nancey discusses how she moved from being a reluctant academic student to following her passion for physical movement.  She then tells how the experience of becoming a mother led her to a career in midwifery, and the unexpected ways in which dance still plays a part. Nancey also speaks in depth about her feelings on the current state of women’s healthcare and sharing in community sexual health activism with her daughter in and out of Hudson.

This interview would be of interest to anyone curious about the role of the Certified Nurse Midwife in a Catskills community in the 21st century; marriage, mother/child relationships, pre-natal care, midwifery and women’s health experiences in New York State in the 20th and 21st centuries; specific midwife schools and practices in New York City and the Hudson Valley during the same time period; specific colleges and higher education experiences during the same time period; sexual health activism and activist organizations in the year 2017 in Hudson, N.Y. and surrounding areas; performance arts venues in the Hudson Valley region in the early 2000’s; dancers and dance educators in New York City in the 20th century; things to do and scenic places of interest in the Catskills in the year 2017.

Samantha Gloffke is an owner and manager of The Applestone Meat Co., which aims to increase accessibility and affordability of ethically raised meat in the Hudson Valley region of New York. She is a volunteer board member of The Restorative Center in Newburgh, N.Y., which works to create alternatives to the criminal justice system. Her interests include painting, self-publishing, oral history and inspired community gathering.