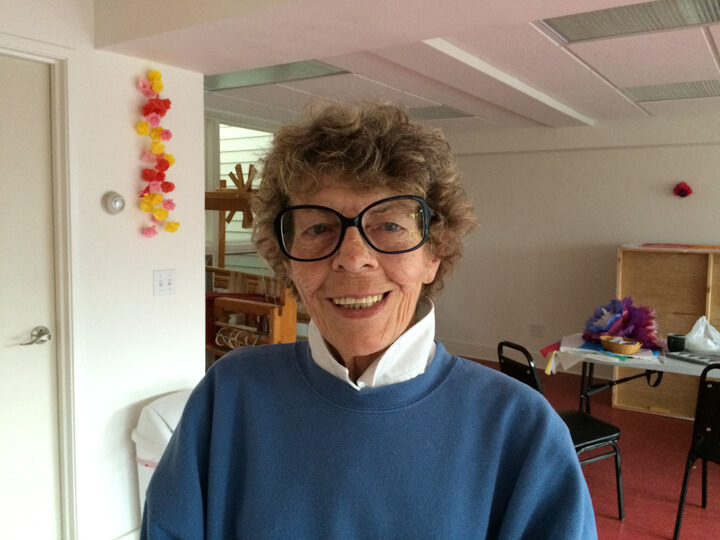 This oral history interview with Mary Howell was conducted on June 16, 2015, at the Solaris Building on 360 Warren Street in Hudson, NY. Based on the information Mary provided, it can be assumed she was born in the late 1930’s. She grew up on a former fox farm in Germantown that later turned into a fruit farm. Mary attended college and first became a home economics teacher, and eventually an elementary school teacher. She taught Fourth graders for 46 years. The last 21 years of her life she has worked as a county historian.

Mary discussed a wide range of subjects, such as the various crops her family grew on the farm, the adoption of a little boy from the local orphanage into her family, her Childhood on the farm and visits to Hudson at the time, the different shops and factories in town over the course of time, housing, education, police raids at brothels, her relationship to Jamaican immigrants in town, and the origins of Hudson. She offers her opinion about the battle against the cement factory, current problems in education, urban renewal, the current lack of diversity in stores, unemployment, and her distaste of outsiders coming to Hudson attempting to put their stamp on local politics and economics.

The interview is in two parts because Mary asked the interviewer to turn the recorder off after 17 minutes, being unsure about the kind of information she should provide. After being informed that every information she is willing to contribute would be much appreciated she gave her consent to continue the recording.

Britta was born in Germany in 1966 and has lived in the US for the past 20 years. She currently lives near Boston, MA. Britta is involved with a number of non profit organizations and is preparing to launch a life history project in her town. Her interest in attending OHSS is to learn about interview techniques and good listening practices. This is her first visit to Hudson.