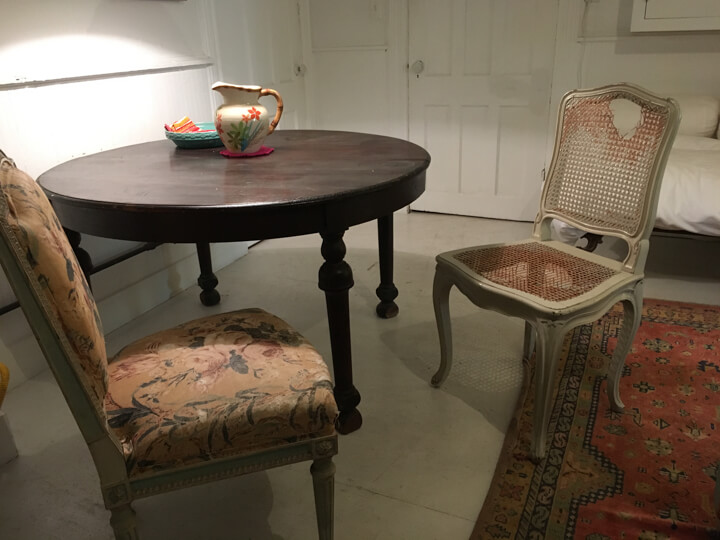 This interview with Margaret Funkhouser was conducted on June 29, 2019, at 320 State Street in Hudson, New York.  Margaret was in Hudson as an Oral History Summer School participant.  In the interview, she discusses her Childhood growing up on Cape Cod in Massachusetts.  She discusses the seasonal aspect of residency in her town of Falmouth, how her neighborhood became largely deserted during the winter months.  She relates climbing on the roofs of and gaining entry into temporarily vacant buildings, including a stage-play theater where she donned various costumes.  Margaret reflects on the history and personal meaning of the Falmouth house she grew up in, which is called Sandy Rock.  She describes the natural environment surrounding Sandy Rock.  Margaret talks about her recent move with her family from an on-campus residence at Walnut Hill School for the Arts, where she works, to a free-standing house; she talks about the process of how she says goodbye to a place.  Margaret considers how places and objects can come to embody people and relationships; she remembers what is was like to go through her late mother’s belongings after she passed.  Several times, Margaret mentions a sense of loss that pervades her relationships to place, and she expresses her wish that her children might live free of that sense.

This interview may be of interest to those who want to hear about Childhood adventures, oceanside places, Cape Cod history, mourning processes, and the ability of places and objects to haunt.

Andy is a teacher, philosopher, and sound artist living in Montpelier, Vermont. He’s interested in aporia, expressions of the inexpressible, and the possibility of the impossible.