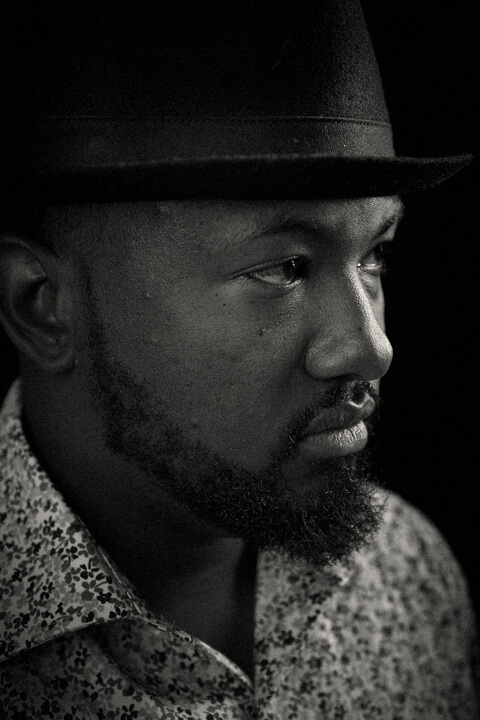 The interview was conducted with Kamal Johnson at Solaris at 360 Warren Street in Hudson, NY, on Friday, June 16, 2019. Kamal was born and raised in Hudson, NY. He is one of four boys. His father died when he was four years old. His mother was a single parent, who struggled with addiction. Kamal is the only one of his three brothers (two older, one younger) who has never been incarcerated. Kamal was homeless (without a permanent address) during periods of his Childhood. He spent a lot of time unsupervised, on the streets. He attended Hudson High School, which was challenging for him. Kamal described himself as a class clown and was frequently in trouble. He had to work hard to graduate. Kamal has a young daughter (11 years old). He describes her as a great source of joy in his life and spoke extensively about his close relationship with her. He is very proud of her, and describes her as very supportive of his work and current candidacy in the mayoral election. He described his commitment to addressing current challenges in Hudson, including affordable housing, and to fostering transparency within the community.

This interview would be of interest to those who want to learn about being a Black American youth in Hudson during the late 1990s; the impact of homelessness on school-aged children; and the current social, political, and economic climates in the Hudson area.

Nicolette (Nicki) is an information manager who helps organizations establish practices to increase transparency, preserve institutional memory, and contribute to historical scholarship and public discourse. Currently, Nicki is the director of records, archives, and knowledge management at the Ford Foundation in New York City. Nicki is passionate about minimizing barriers to sharing and finding information and to analyzing information to reveal new insights. Her current interests include tools and approaches to data visualization and digital curation, as well as specific techniques for text encoding and analysis. She holds a B.A in Economics from Canisius College and an M.L.S. from the State University of New York at Buffalo.