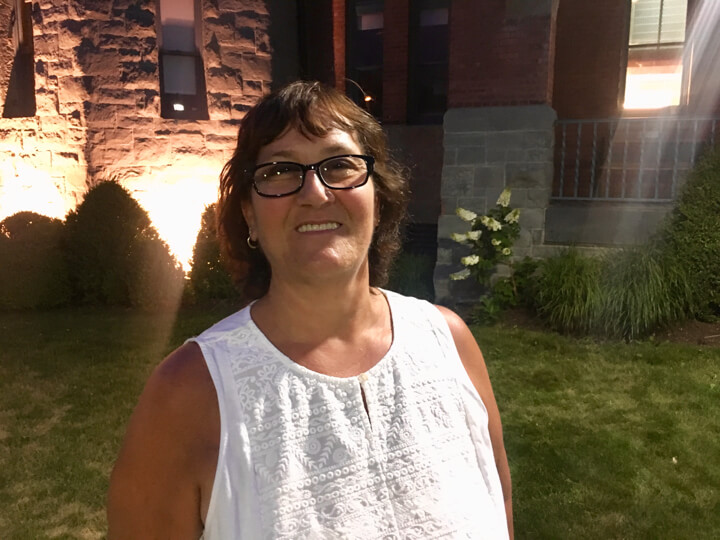 This interview with Joanne Briggs was conducted on June 17, 2019 at the Hudson Library in Hudson, New York. Joanne has lived in the area for 64 years. She lived in Hudson for 1 ½ years and then her parents bought a house in Stottville, NY. For the past 32 years she has lived in Columbiaville, New York. Joanne is one of four children and has a large close-knit extended family that lives in the area. Holidays are described with particular fondness. Personal and family memories of the Hudson area are described. For instance, when her father was a young boy he delivered pizzas to the madams at the brothels on Columbia Street in Hudson. She describes her grandparents and great-grandparents who lived in Hudson, including a story about her grandmother’s brother who was shot and killed during a robbery at her great-grandfather’s hardware store.

Joanne’s parents and her father-in-law all died within the last three years and she discusses the end of their lives. Her mother worked as a local accountant until her death. Joanne worked at her friend’s shop, Bagel Tyme, in Valatia and later managed Bagel Tyme in Hudson. She describes memories of work there, such as greeting lifelong friends and acquaintances in the Hudson location. Joanne also worked for her cleaning service, through which she formed close ties with families in the community such as the writers David Black and his wife. She describes the meaning behind her eleven tattoos. Joanne discusses a late-term miscarriage due to a cord issue.

This interview may be of interest to those who want to learn more about Hudson history, the service industry, extended family relationships, community relationships, caretaking, end of life experiences, and miscarriage.

Corinne Botz is a Brooklyn based photographic artist, writer, filmmaker, and educator who earned her BFA from Maryland Institute, College of Art and her MFA from Milton Avery School of the Arts, Bard College. Her practice engages with issues surrounding narrative, gender, mortality, and the perception of space. Her published books combining photography and writing include The Nutshell Studies of Unexplained Death (Monacelli Press, 2004) and Haunted Houses (Monacelli Press, 2010). She is on the faculty of International Center of Photography and John Jay College of Criminal Justice (CUNY).