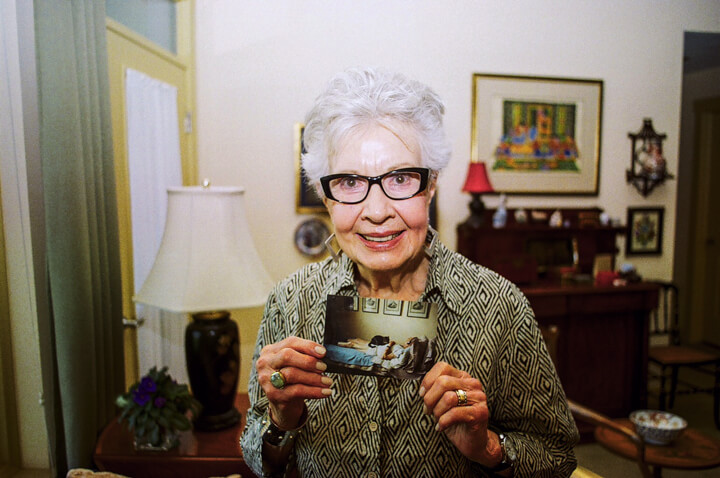 This interview was conducted with Joan Weitzner, an independent resident of Camphill Ghent, New York, on July 1st, 2015. Weitzner was born in Brooklyn, New York in 1931.  Joan first speaks in the interview of her working-class Jewish upbringing and the earning of a degree from Brooklyn College in spite of the discouragement of her parents. Family and place is central to the interview. Her experiences in Sheepshead Bay, Garden City, Hempstead, Austerlitz, and finally Ghent are linked to her two marriages, the two sons she raised, and the two stepdaughters that entered her life with her second husband, Burt. At one point she takes time to examine a photograph of Burt, who past in 2014, lying down with their cat, Ketzleh, on his stomach. It is taken from her current home in Camphill Ghent, a place she describes in empowering terms as she gardens, drives her own car, and engages in activities throughout the Hudson Valley.

This interview might be of interest to people learning about the transition from city to country life, New York Jewish culture, Brooklyn history, Long Island history, independent seniors, mental health, Yiddish, and of course, Ketzleh.

A native of New York City, Guy Greenberg graduated the New School for Public Engagement of Spring, 2015. As a BA student, he spent time studying anthropology, clinical psychology, and methods for documentation. He's been a principle in building www.UnitedStatesofAIDS.com, a student-led digital humanities project invested in making the oral history narratives of AIDS activists accessible and heard using existing archives. His ongoing ritual of photographing New York and the personal project of recording his family's oral histories have brought him to the Oral History Summer School and this important archive of the Hudson Valley.