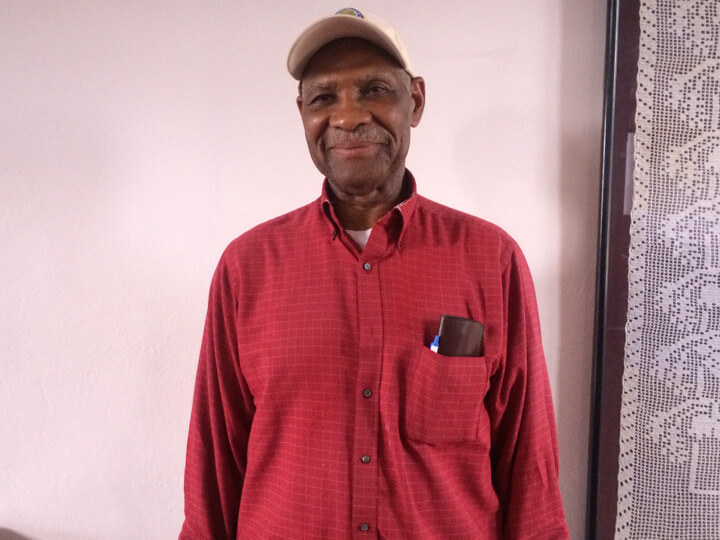 This interview with Jean Meus was conducted on June 27th, 2016 in Stuyvesant, NY in the narrator’s home. Jean Meus is a Haitian man who lived in Hudson from 1966-2005, and then in Stuyvesant from 2005 onwards. In this interview, Jean discusses his memories of arriving in Germantown, NY and being the first Haitian in the town. He shares that he didn’t speak any English, and had to learn English through adult language classes. He describes his experiences of living in Hudson till 2005, and explains how he was pushed out due to rising taxes and rents and unaffordability in Hudson. He talks about Dr. Orr, a doctor who brought him from Haiti to America. Jean also discusses his ongoing volunteering and community engagement through the Hudson Lions Club, volunteer firefighting, and through his support of new immigrant families in Hudson. He reflects on his relationship to formal education, faith and spirituality, and his work. He talks about his long relationship with the Hudson Presbyterian Church since 1972, and his daily routine of taking care of the Presbyterian Church and Christ Episcopal Church buildings and serving as a deacon. Jean talks about his wives, his three children and eight grandchildren, and four great-grandchildren. Towards the end of the audio, Jean speaks about how important it has been for him to help other people.

This interview may be of interest to those who want to learn about the history of Hudson, NY; the lives and contributions of Haitian immigrants to the local community; faith-based and religious engagement in Hudson; volunteer firefighting; social clubs; English language-learning by immigrant communities; French and Creole usage, and influx and settling of Haitian communities in Hudson, NY.

Nayantara Sen is a Brooklyn-based racial and gender justice educator, trainer, writer, and interviewer. She writes and produces curricula and stories at the intersections of race, gender, immigration and sexuality. She is an M.A candidate at the Gallatin School of Individualized Study at New York University, where she studies the relationships between literature, storytelling and social change movements. She previously worked as the Project Associate for Crossing Borders, Bridging Generations at the Brooklyn Historical Society, an oral history and public programs project on mixed-heritage families.