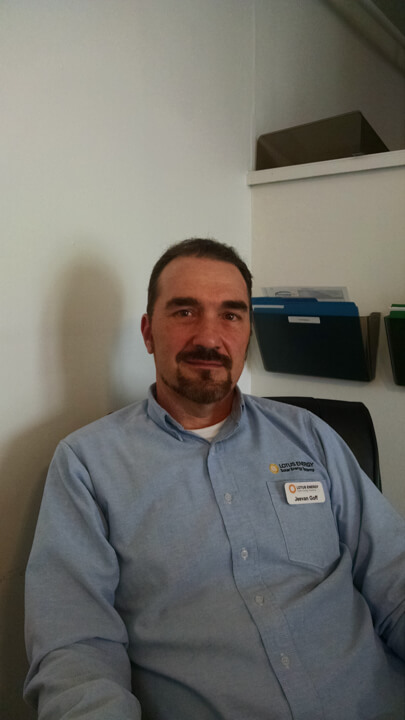 This interview with James G. “Jeevan” Goff was conducted on June 16, 2015 in Hudson, NY at the Lotus Energy office. Jeevan Goff is the President of Lotus Energy, a solar panel company in Hudson, NY.  He was born in Mesquite, TX, a suburb of Dallas, and lived for seventeen years in Nepal before settling in Hudson in 2010. In the interview, he describes Childhood in Mesquite and fond memories of times on his family’s rural farm, where he tended plants and animals, built chicken coops, and decided to become a vegetarian at a young age. He discusses his early musical talents, the bands with which he has played, and the intersection of his love of music and his interest in electronics. He recounts his decision to move to Nepal, his immersion into Nepalese culture, and his reaction to the 2015 Nepal earthquakes. He discusses why he settled in Hudson and how he established growing business.

This interview may be useful to those interested in Hudson business owners, cultural immersion, Nepalese culture, rural life, sustainable energy, and music.

Julie Golia is a historian of gender, media, and urban culture. Currently, she is the Director of Public History at Brooklyn Historical Society, an institution with a robust oral history program. She is interested in using oral history to capture the Dynamicsm and diversity of Brooklyn for BHS’s archives.  She is also excited about the role that oral history can play in making history relevant and tangible for broad audiences.