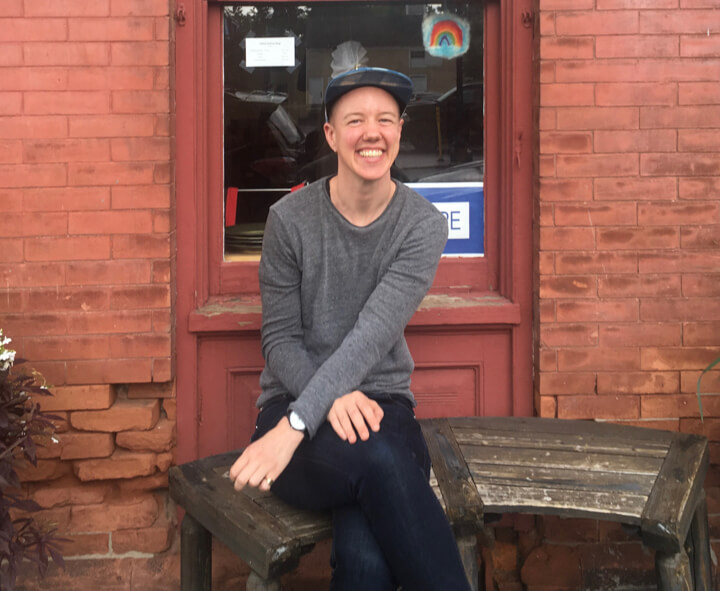 This interview with Jaime Shearn Coan, a writer and a doctoral student in English at The Graduate Center, CUNY, was conducted on 21 June 2018 in Hudson, New York. Born as a female in San Diego, California, Jaime grew up in Providence, Rhode Island. Jaime lived in San Francesco for several years and finished his undergraduate degree from San Francesco State University before moving to New York City with his transgender partner in 2005. In the interview, Jamie discusses his educational background, Childhood experiences, relationships with immediate family as a child as well as a transgender adult male, and his love for writing. At the beginning of the interview, Jamie briefly traces his road to the Ph. D. program, which includes him dropping out and re-joining school several times and three failed attempts to get into the CUNY program. He reflects on his Childhood and describes him being an anxious child who felt abandoned and was angry at his mother, but he loved books and was imaginative. He discusses his parents’ divorce, mother remarrying four times, experiences living with his grandmother, and his wanting to be loved by his father. He discusses his relationships with his family and society as a transgender male in general, and discriminations he faced. Specifically, he speaks about his experiences in New York City, and also about his brother who prevented him from visiting his niece and nephew during the first two years on testosterone when he was in his twenties. In the final part of the interview, Jamie discusses his father’s death and HIV/AIDS and his discovery of his father’s history of gay relationships, and how those experiences have shaped his life in and outside of academia.

This interview may be of interest to those who want to learn about transgender experiences and family relationships; social discrimination/attitudes toward transgenders; social and emotional impacts on shaping the life of transgender; sexuality, gender identity and complexity; Childhood anxiety, divorced parents, and relationship with grandmother; early Childhood anxiety and feeling of negligence; queer; gay; sexual experiment to discover oneself;  secret gay life; HIV/AIDS; HIV/AIDS street outreach; relationship with a parent with HIV/AIDS; Connecticut poverty and class division during the great depression; interrupted schooling; graduate school applications and rejection; writing; writing as a healing tool; life of a young individual and experiences living in different parts of the United States – San Francesco, Rhode Island, Brooklyn/New York City.

Dhana Hamal was born and raised in Western Nepal. She completed her B.A. in Human Rights and Politics at Bard College and finished her MA in Political Science at the University of Toronto. She has worked extensively on a research project in ‘human trafficking vulnerability’ in Nepal conducted by Vanderbilt and Stanford universities. Her interests include migration, labor and health policy, democracy and security, gender inequality, and multicultural politics.