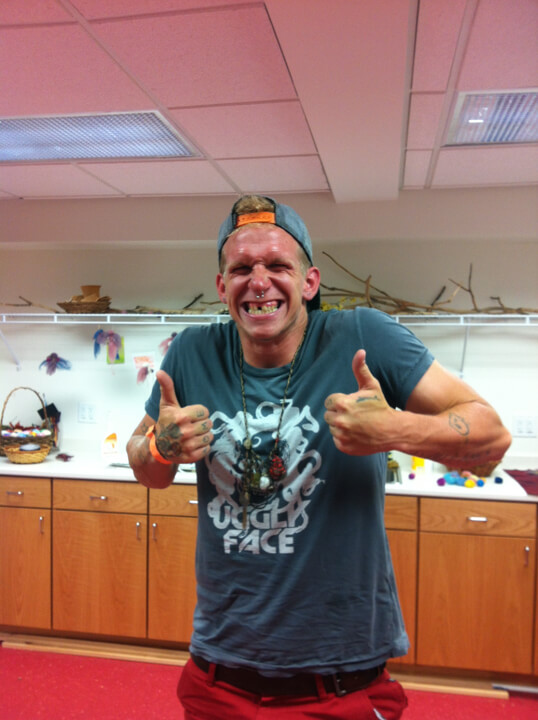 This interview was conducted in Hudson, NY on June 16, 2014 with Homer Snyder. Homer was born and raised in Hudson and his interview mostly consisted of speaking about his troubled past, his family, his beliefs and his bond with the community of Hudson and the city itself.

Home's life history and the history of the city itself are inseparable. He describes growing up in an extended family and complexities of his Childhood. He discusses leaving school without completing it, and working as model and actor for a while, eventually leaving due to his addiction to drugs. He tells of completely recovering from his drug abuse, and currently working at the Lotus Energy (he installs solar panels). On his off days he makes art or helps out moving antiques for dealers. He describes his love for Hudson and critiques some of the change he sees. He mentions his strong bond with and his profound love for his family, his friends, the people of Hudson and the nature. He's living in a tent and he loves meeting new people.

The interview might be useful for everyone interested in the recent history of Hudson, in its educational system and generally in its community.

On December 2013, I took my bachelor's degree in Medieval, Modern and Contemporary History at the University of Rome.