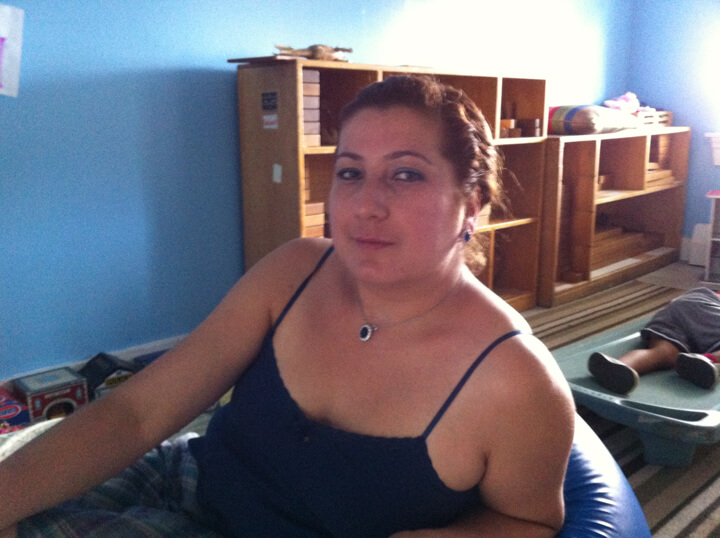 This interview was conducted in Hudson, NY on June 16, 2014 (despite noting the date as June 15 on the recording), with Georgina Macias. At the time of this interview Georgina has worked at the Hudson Daycare center for 11 years and she has been in the United States for roughly 16 years. She left her native country of Mexico when she was 18 years old and she pointed out that she has now been in the US for about “half” of her life. Georgina is from El Naranjo, San Luis Potosi and she describes he Childhood there with affection, noting daily visits to the “paleteria1” after school and cooling off in the river.

Her interview moves between her Childhood memories in El naranjo, her work with children at the daycare in Hudson and her work as a mother. Georgina has three children, all of which went to the Hudson Daycare where she works, and whom she continues to care for deeply. As two are now teenagers, she shares similar concerns that many parents of teens do and she speaks about the importance of knowing where they are, knowing the company they keep.

Georgina names her mother, who still lives in Mexico, as the most important person in her life and notes that her two older children don't really remember meeting her and that her youngest child has never been to Mexico. Georgina notes that she knows a lot of people in Hudson know her, especially from working at the daycare. While most of Georgina's experience in the United States has been in Hudson, she describes a four-month period when she moved her family to Florida and worked cleaning hotel rooms. She describes the time as difficult in many ways, but she like the things that were more “like Mexico” such as mango trees in her uncles back yard.

She speaks passionately throughout the interview about building a better life for her children. She touches on themes of violence in Mexico, such as the disappearance of a neighbor and she noted the sense of feeling “perdida/lost” when she first returned to Mexico, after living in the US for 2 years. Georgina has dreams of opening her own “paleteria” in the future.

The interview might interest people who want to learn about the experience of transnational or immigrant residents in Hudson and those interested in motherhood, parenting and working with children.

I live in Germantown, New York and am working on my doctoral dissertation in Latin American, Caribbean and US Latino Studies at the University of Albany. For the past three years I have been producing a magazine style radio show addressing issues related to the prison system. The program, the Prison Voices Project, is broadcast on WGXC 90.7 FM, Greene and Columbia counties' community radio station. I also produced an audio documentary for Making Contact about the intersection of immigration and criminalization.