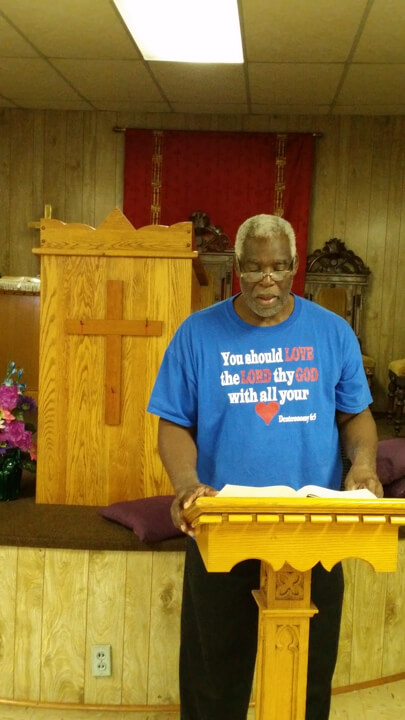 The interview with the Reverend Edward Cross III took place on two separate occasions:  June 15, 2015 and June 18, 2015.  The June 15, 2015 interview was ended, at the narrator request, due to illness.  Both interviews took place at the Endless Love Temple of Hudson, located at 249 Columbia St. Hudson, New York.

Reverend Cross is a life-long resident of Hudson, except the four years he spent in Kansas while attending college.  He is currently the founder and pastor of the Endless Love Temple of Hudson, Hudson Supervisor for Ward #2, and the patriarch of a large Hudson family.  There is a wealth of material about Hudson and his personal life, the topics of Christianity, family and community service are major themes woven throughout the narrative.  During the two hour interview Reverend Cross discussed major personal events within his life, his love of family (nuclear as well as extended), his sense of community service, and love of the people of Hudson and the fear for those people in a future Hudson.  A great deal of time, throughout the interviews, is devoted to his ministry and his sense of service based on a religious drive.  Reverend Cross was less anxious to discuss his political role and successes, but eventually opened up about his time as a Hudson supervisor.  In addition to the above topics, his participation in football (high school, college, and semi-professional), his coma, his marriage, and his conversion to Christianity are major turning points in his life.

Subjects discussed: Hudson’s African-American community; importance of family (nuclear and extended); football and athletics; changing economic and demographics of Hudson and subsequent problems for the poorer, existing population; role of politics in Hudson and the ideal role of politicians in general; Christianity; church memberships; early industry in Hudson; importance of the Hudson River.

An occasional summer resident, of the Catskill region, in the sleepy hamlet of Potter Hollow, Scott comes to oral history as a historian with over 20 years’ experience teaching in higher education and non-profit leadership experience and service.  He is currently a Lecturer of History at York College of Pennsylvania, History Department Coordinator and teacher at York County Day School, and a Board of Director for the Marie Mambu Makaya Foundation and NGO dedicated to building and running an orphanage and school in the Democratic Republic of Congo.