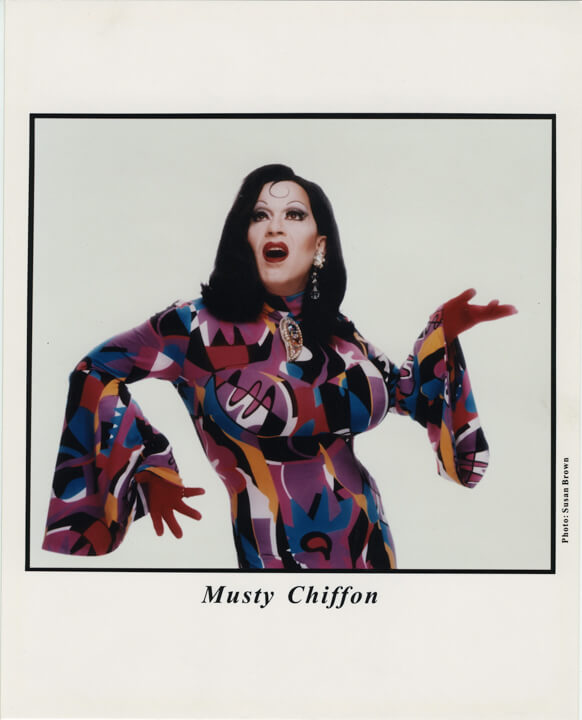 This interview was conducted with Dini Lamot in Hudson on July 16, 2012, as part of Oral History Summer School. Lamot was born in Bangor, ME in 1954, and came to Hudson in 2000. He owns the Inn at Hudson with his partner of 38 years, Windle. Some subjects that come up in this interview are: Lamot’s musical career, his band Human Sexual Response, drag performance, Musty Chiffon, Hudson in the year 2000, poverty in Hudson, and political corruption. This interview might be of interest to people looking to learn more about: country music, rock and roll from 1960 through the 1908s, cabaret, drag, Boston, Provincetown, house renovating, Hudson 2000-2012, Hudson and the arts, Hudson and business, Hudson and politics.

I was born in Washington, D.C., and lived briefly in Paris before growing up in Philadelphia, PA. I spent a good part of my Childhood summers in Claverack, NY. I found my first cat, Sadie, in Claverack and snuck her back to Philadelphia on the train from Hudson, hidden in my bag. My background is primarily in writing, and I am new to Oral History. I joined the Oral History Summer School initially to learn how to do a family project, but hope to continue to facilitate interviews for the Archive.