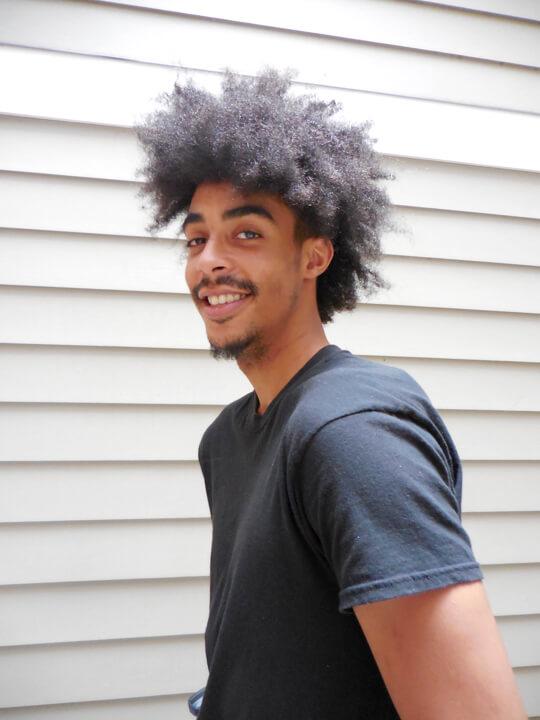 This interview was conducted on June 29, 2016 in Hudson, New York. Derick Carmon is a 23 year-old Hip Hop and Trap musician who moved to Hudson from Albany, NY when he was a toddler. In his interview, Derick discusses what he sees as the potential for music to influence social change, the music scene in Hudson, his musical influences and aspirations for his musical career.  Derick discusses his experience dancing on a dance team started by his mother when he was teenager, and the ups and downs of his high school and college educations. Derick attended High School in Hudson until the 10th grade after which he left school and got a GED. Late Derick attended college.  After a few years of college, Derick decided to leave school before completing his degree. Derick reflects on the influence of art in his life, and how it helped him avoid the crime and drugs he saw in his neighborhood. He describes the importance of family in his life, and speaks at length about his mother, older and younger brothers, and his eight month old son. Towards the end of the interview Derick talks about his own music detailing one song called “The Muffin Man” which is a trap remix of the nursery rhyme, Do You Know The Muffin Man.

This interview may be of interest to those interested in musicians; Hip Hop and Trap music in the Hudson Valley; parenthood; art and social change; grassroots arts programs; self-produced musicians; non-traditional education; Hudson mothers; dance teams; and young adults in Hudson, NY.

Annelise Finney is a recent graduate from the Urban Studies Program at Barnard College and is currently working as criminal defense investigator in the Bronx, NY. Annelise’s studies focus on communal trauma and the way in which communities process and remember crime. While in college, Annelise lived in Managua, Nicaragua and Santiago de Chile studying the dynamic ways in which the citizens of each city memorialized state violence and interacted with the remaining monuments to the governmental regimes that perpetrated that violence. Annelise’s academic work in Latin America in combination with her work today, has seeded an interest in truth and reconciliation processes and the powerful role oral histories can play in helping individuals understand others’ pain and motivations.