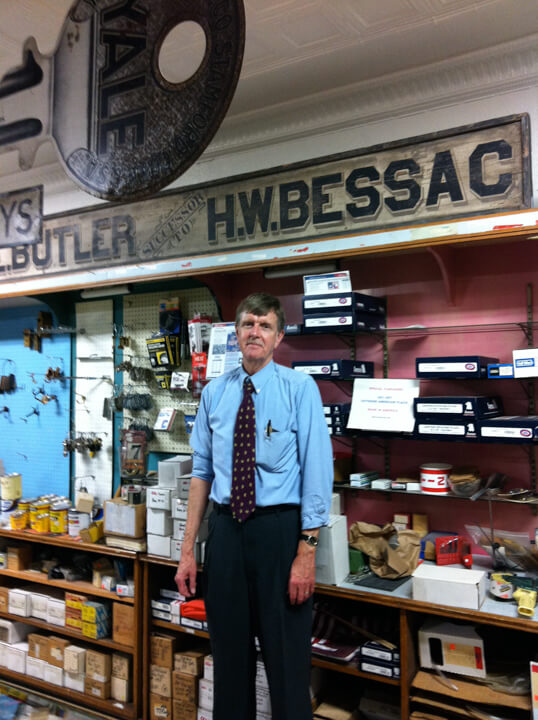 This interview was conducted with Dennis McEvoy at Rogersons Hardware in Hudson, NY, on July 26, 2012. McEvoy grew up in Hudson, became a local lawyer, and also works at Rogersons, as did his father. Some subjects that come up in this interview are: History of Rogersons, Hudson in 1950s, People who worked at Rogersons, other businesses that used to be on Warren street in 1950s, exodus of stores to Fairview Ave, Industry in Hudson (cement plants, textile factory), Hudson’s red light district on Diamond Street, Bruce Hall’s Diamond Street, places McEvoy went in his youth.

This interview might be of interest to people who want to hear more about Hudson in the 1950s, Hudson’s red light district, commerce in Hudson, and industry (manufacturing) in Hudson.

I was born in Washington, D.C., and lived briefly in Paris before growing up in Philadelphia, PA. I spent a good part of my Childhood summers in Claverack, NY. I found my first cat, Sadie, in Claverack and snuck her back to Philadelphia on the train from Hudson, hidden in my bag. My background is primarily in writing, and I am new to Oral History. I joined the Oral History Summer School initially to learn how to do a family project, but hope to continue to facilitate interviews for the Archive.