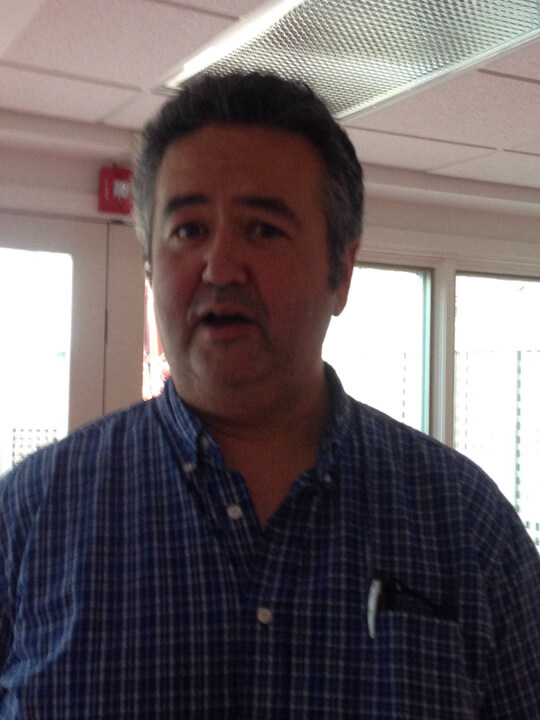 This interview was conducted in Hudson, NY at Solaris with David Olivencia. This is his second interview for the Hudson Oral History Archive. The interviewer is different than the one who took his first life history and did not listen to the first interview prior to this interview on June 18, 2014. David was born and raised in Manhattan. He has worked as a postal clerk in Hudson since 1997, enjoying and taking pride in the interpersonal aspect of his career. In this interview he mediates on things such as the nature of knowledge (he knows approximately 68% of everything), honesty, tangents, and high notes. David has lived in Hudson for the past 10 years and has a lot to say about both the experiences of being a newcomer, having moved several times in his life, and the changes that occur as areas, such as Manhattan and Hudson, experience population composition shifts. He served in the military, leaving in a promotable status (hence on a high note) when he felt it was time to move on. Additionally he expresses the sentiment that he is tired of reading and would like someone to read to him. He has three kids, Jonathan, Elizabeth, and Alexander, whom he loves dearly.

This interview may be of interest to someone who wants to know about the changing atmosphere and composition of Hudson, someone who wants to learn more about people who have settled in Hudson from New York City and the nuances of that shift. Additionally, someone looking at narrators with military backgrounds or narrators who are fathers might be interested in this interview.

Emily Mitamura is an Oral History Summer School student (2014) and political science major at Vassar College with a correlate sequence in Jewish studies. She was raised one of four children in Westchester, New York, in pretty much as mixed a household as is possible, with a Japanese father from California and a Jewish-Hungarian mother from New York. With both parents working in (and lauding) the medical profession, it’s not clear how she came to love the humanities, especially the grace and elegance of language, but she does. Also, she sings.