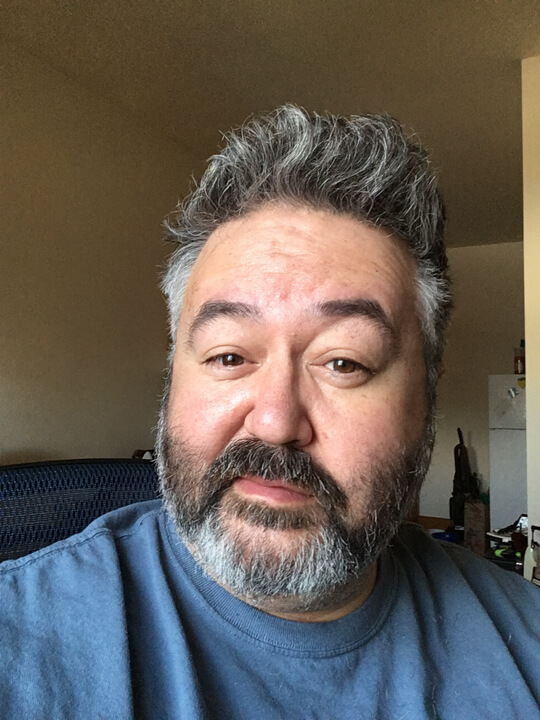 This interview with David Olivencia was conducted by Judith Stone at Solaris/Camphill on June 6, 2013, for Oral History Summer School 2013. It will become part of the Hudson Oral History Project, to be housed at the Hudson Area Library. David introduces himself as “a 48-year-old employee of the post office” who was transferred to Hudson from the Millbrook post office four years ago; he’s happy with the move and expects to stay in Hudson. He expresses his hope that the town will remain affordable and diverse, and describes his daily routine at the post office, emphasizing how much pleasure he takes in dealing with customers.

A divorced father of three, David talks about the great joys—tempered with some aggravation—of being a parent. He compares his younger, more adventurous, risk-taking self with his current rather risk-averse self, and speaks at length about three phases of his earlier life, revisiting each several times--growing up in the “artistic” Chelsea neighborhood of New York City as the oldest of six children in a blended Irish-Puerto Rican family; attending a 10-month film-school program at New York University, and serving in the first Gulf War, stationed on a barge in the Persian Gulf. He also speaks at length about a momentous event in his life that occurred three years ago when he took a DNA test to learn more about his medical history. David had never met his father or learned much about him from his late mother. He’d always assumed that his father was Latino, like his Puerto Rican stepfather, but the genetic test showed that his father was Chinese. For a while, the mystery of his origins deeply unsettled him—there was no one alive to provide more information—but after about a year and a half of brooding, he says, he felt at peace about never knowing the full story of his birth, and experienced a deep satisfaction with his life and a fresh commitment to living in the present moment.

Judith Stone is an editor and writer whose most recent book is When She Was White: The True Story of a Family Divided by Race. Her work has appeared in the New York Times Magazine; O, the Oprah Magazine; Smithsonian, and many other publications. She was on the founding borad of The Moth, a national storytelling organization, and has served as curator, storyteller, host, and outreach volunteer. She lives in Brooklyn.