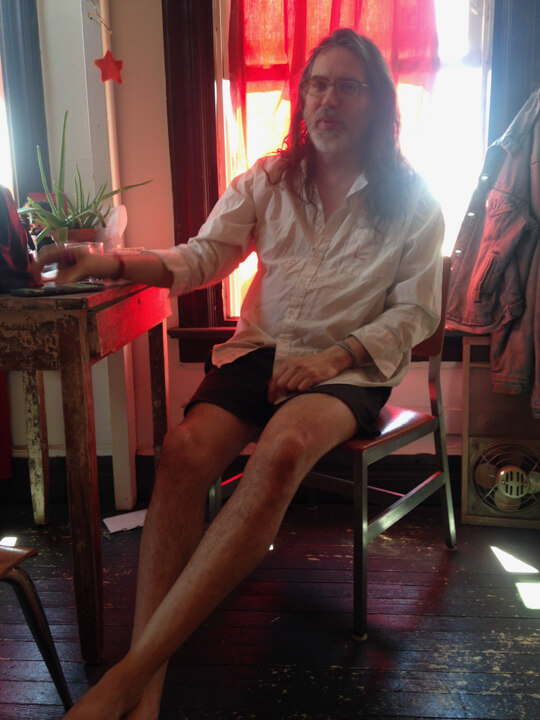 This interview with Dan Bunny was conducted on July 3rd, 2017 at Dan’s apartment on Warren Street in Hudson. Dan is a musician and performance artist who has been in Hudson for about 15 years and owns a record shop in town. He speaks about how Hudson has changed over the years, the history of who historically has lived here, and the effects of who lives here now. He describes feelings of tension between groups of people here and the niche communities that continue to grow in town, as well as the power of the wealth divide. He says that although he has been here for 15 years, he is not really the person that should be speaking about Hudson. He reflects on his business and what owning a record shop means in the context of the other stores that exist on Warren Street and in Hudson more generally. He speaks a bit on his daughter and how money and self employment has affected his survival here.

Matia Emsellem is a Bay Area based video and performance artist. She identifies as a prison abolitionist and does documentary and teaching work on theater as rehabilitation in prisons.