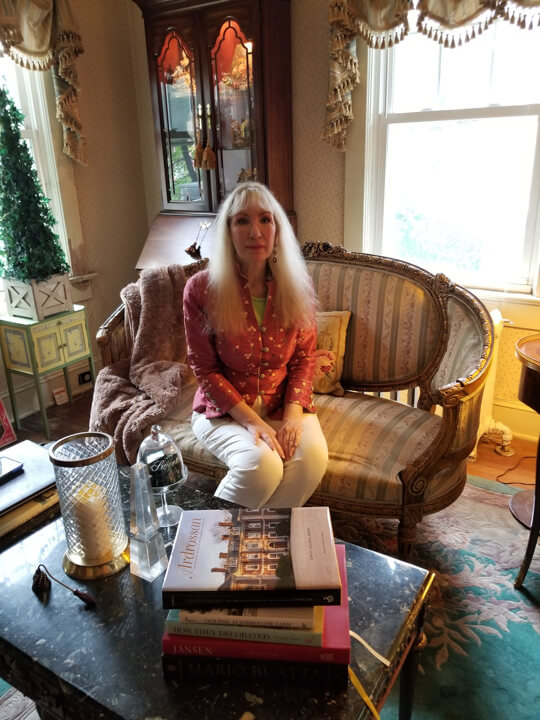 Erica O’Neil collected Cynthia Lambert’s oral history Sunday, June 24, 2018, in the dining room of her home in Hudson, New York. Cynthia spent her Childhood in Dallas, Texas, before moving the New York City as a model. She became an appraiser and worked for auction houses before becoming involved with museums and historic preservation organizations, in the process meeting high profile politicians, artists, and celebrities. She began weekending in Hudson, NY, and attributes her full-time move from New York City to Hudson as being a reaction to the feelings she felt in the wake of the terrorist attack on the World Trade Center, September 11, 2001.

Cynthia has lived full-time in Hudson since 2004 and is involved with historic preservation activities across the city. She describes her complicated relationship to gentrification in Hudson as a “transplant” to the area. She advocates for maintaining the history of the city by refurbishing old houses, while remaining sensitive to the needs of native Hudsonians being priced out of the market because of a housing shortage coupled with the escalating prices to both rent and buy homes. Cynthia also describes the character of different areas and streets in Hudson, reflected by the architecture. She lives off the truck route that goes through Hudson and laments the decision to allow that, describing the challenges associated with loud, heavy vehicles rumbling through residential areas—a point that is punctuated throughout the interview by the sound of such trucks outside her house. Cynthia has four cats, two of whom make an appearance during the interview, with purrs and the occasional meow.

Erica O’Neil is a trained anthropologist, historian, and biologist