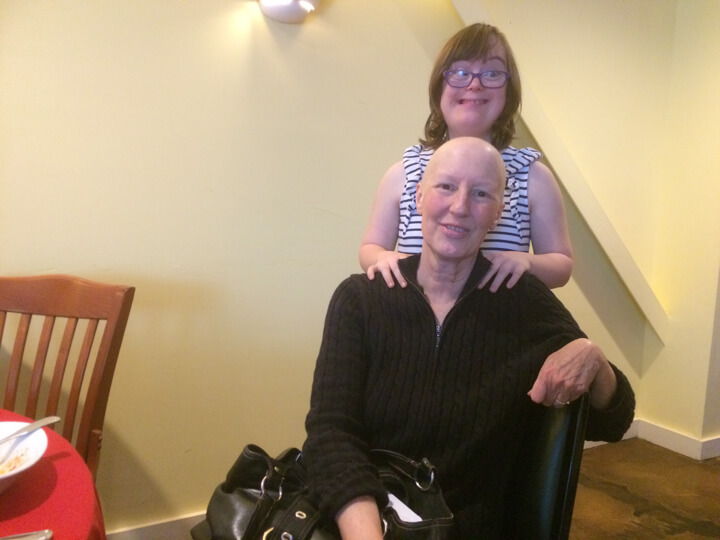 At an early age Catherine D. Smith felt a strong urge to live an adventurous life in freedom. Her mother was mentally impaired and living separately from the family in a mental hospital which made a huge impact on Catherine . She knew she wanted to live as free as possible and traveled around the world as an actress and photographer. Her work as a photojournalist led to many successful publications worldwide, including series in various African countries and India. In her late thirties she met her current husband Patrick Doyle in a bar in Brooklyn, New York. They visited Hudson and were taken by the magic of the valley. They decided to move to Hudson and soon she gave birth to her daughter Dodge. She learnt about Camphill Hudson when she was approached on the street by community members of Camphill. Since that moment herself and Dodge, who has Down Syndrome, grew into the strong Camphill community of Hudson and beyond Hudson. In 2000 Catherine and Patrick acquired the former glue factory, Basilica, with the mission to create a platform for unconventional art experiences. Their work was heavily contested under suspicious circumstances. It has taken them years to be hooked to the sewage and their fight revealed corruption in Hudson. In 2010 Catherina and Patrick decided to sell the Basilica and moved to Pennsylvania so Dodge could go to school. In 2017 Catherine, her husband and Dodge moved back to Hudson and Catherine expresses how many things have changed.

This interview could be of interest to anyone that is curious to learn about traveling and working as a photographer around the world, moving to Hudson from New York City, the Camphill community in Hudson, living with a child that has Down Syndrome, the resistance and protest against the cement-plant and the development of the Basilica in Hudson.

Catherine is diagnosed with breast cancer and at the day of the interview she was 5 weeks away from her final radiation therapy treatment.

Liz Dautzenberg is a Dutch journalist based in Amsterdam, the Netherlands. She has conducted this interview as part of the Oral History Intensive + Oral History and Public Art in 2019. Although Liz feels confident speaking in English, she Liz is not a native English speaker.