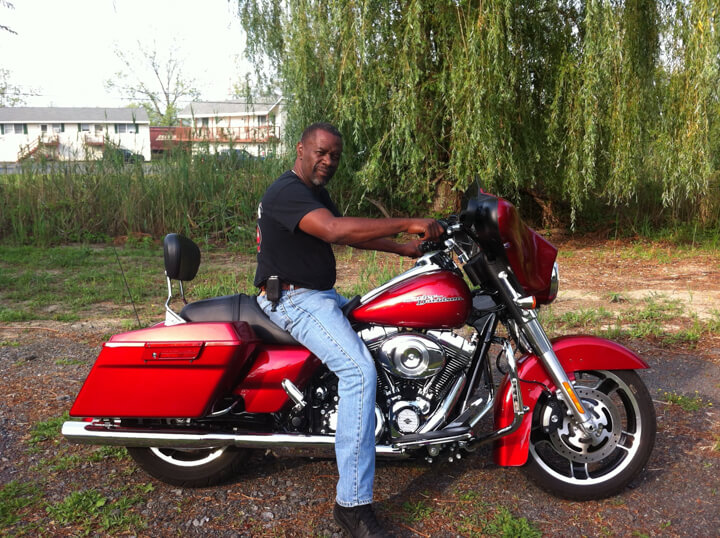 This oral history interview with Buck Mason was conducted at his home in Hudson, NY on 16 July 2012 for the Oral History Summer School 2012 project. Buck Mason is a 53-year-old long-time resident of Hudson, NY. In this interview, Buck discusses his early life in Hudson, including school experiences, jobs he has had, memories of fishing and swimming in the Hudson River, and soapbox derbies. Much of his discussion centers on the differences between his Childhood and the present day, including misappropriation of funding for youth programs. He then discusses some of the economic challenges that Hudson has faced over the years, listing factories and companies that have either closed down or relocated. He describes his problems with alcohol abuse, his ability to overcome his addiction, and his volunteer work in prisons to help convicts deal with narcotics abuse. He talks about the pleasures of riding his motorcycle, which leads to a discussion of mortality and some of his friends who have died over the years. Buck then discusses fishing and remembers learning of the 11 September 2001 terrorist attack while on a fishing trip at Lake Ontario. He finishes by discussing his love for Hudson, and his desire to remain there.

I was born in 1976. I teach history at Dawson College in Montreal, Canada. I am interested in oral history because I see it as a way to expand the historical archive to include voices that are often left unheard. I also think that putting audio files on record is very important, as I see the human voice as an important conduit of information that cannot be captured in writing. My interests in this summer school project were originally to develop pedagogical materials for my history courses at Dawson to better engage my students. In learning more about Hudson, I realized that building an archive of its residents’ voices would enable future historians to hear from a wider diversity of people in order to see the complexities of a place, hearing about some of the ways different people lived in an era where homogenization might appear to be the dominant mode of life.