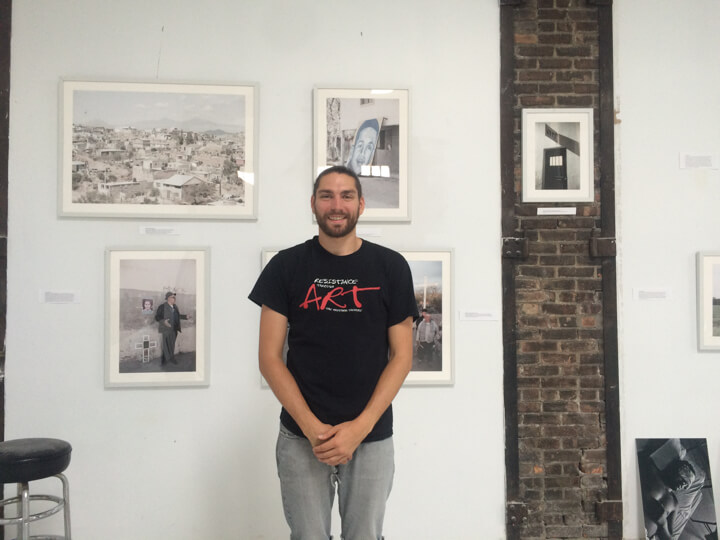 This interview was conducted with Bryan MacCormack at Solaris; Camphill in Hudson, NY on Wednesday, June 29th 2016. In the interview, he describes growing up in Hudson, moving away to Boston and Minneapolis and eventually returning back. Having done activism and organizing around labor issues, movement-building and racial equity,   he returns to Hudson to find a community of like-minded social justice activists which prompts him to stay. As an educator, photographer and labor organizer, Bryan talks about local organizations and efforts doing work around racial justice such as Kite’s Nest. He also talks about the racial dynamics in town and the gaps among white residents versus residents of color who are often excluded and face constant structural oppression. Bryan repeatedly mentions the influence sports had in his life including soccer a sport he now coaches and has played from a young age.

He talked about his ongoing politicization while at school at Northeastern University and his time abroad in Mexico among other moments in his life. He reflects on his family, Childhood and working-class upbringing including how his labor organizing work pivoted his relationship with his mother who worked around the clock to make ends-meet when Bryan was growing up. He now acknowledges the role capitalism played in that situation which he realized via labor organizing with janitors at his university. He recalls his close relationship with his maternal grandfather who was a mason and SEIU union member. Towards the end of the interview, he reflects on how he was introduced to photography at age 16 and how he started doing commercial photography. Since then, he has transitioned to more a more documentary/narrative justice with a focus on social movements. He is currently involved with Left in Focus, a youth-led collective which aims to make photography and documentation more accessible by equipping local youth with photography skills.

Born and raised in Queens, NY, Yvette is an arts administrator, educator and aspiring oral-historian. She is inspired by the arts as a social agent that can build and empower communities as well as bring about transformative justice and healing. She has worked as an organizer with Latino and working class communities with Make The Road NY and New Immigrant Community Empowerment and as a fellow with the Center for Neighborhood Leadership. She holds a BA from Hunter College in Romance Languages and Political Science where she studied past and present social movements in Latin America. As a daughter of Bolivian immigrants, she is interested in exploring identity based politics, the meaning of “home,” memory, and patriarchy through her art practice.